Reading between the Lines. | Teen Ink

Reading between the Lines.

Favorite Quote:
Guys should be like klennex, soft, strong, and disposable.

There is a whole lot of negativity going on towards President Barack Obama. People are saying things like, what has he done to this country?, what has he done for the American people?, all that good stuff.
They've even organized new polictical parties (aka the Independents). In case you are wondering, no, I am not doing this because I am African American as well, but because you people need some insight as to what's going on with the white house. My mother works in the white house as one of Obama's correspondents.
Let's start with the rally that took place for the Independents and the Martin Luther King remarch. A couple of weeks ago you may have heard about the independent rally on the Lincoln memorial. Well let me tell you this, the Rev. Al Sharpton was holding a "remarch" to mark the anniversary of Kings march in DC. They had been planning this event for months and planned to end their peaceful march on the steps of the Lincoln memorial. For give me, I don't know the gentleman's name but he works for Fox network. Fox is known for their "racist remaks". The man decided to have a Independent party march on Lincoln the same day the Martin Luther King event was supposed to be held. This was after he called the civil rights leader a racist. So these people marched with signs of Obama that made him look like Hitler and used stereotypical items as well. Such as calling him a "coon" and showing his face as a "ghetto" mentality. Some even used the N-word on a few picket signs. They shout "Take back America!"
Tell me something please,
Where in the heck has America gone? And who wants to take it back?
Read between the lines people! The caucasin people want to take back their America from the hands of a African American person.
America was only gone to the pits. Our last President took eight long years to mess our country up. And excuse me if it sounds like I'm placing the blame on him. But, since Bush was in office he started a recession, a war that we had absolutely no business in, caused America to go into tremendous debt, and failed to give us the requirments to sustain as a country.

If we weren't spending BILLIONS or dollars on that war then maybe we wouldn't have so many Americans out of work. Maybe we could have money to give to our failing school systems. Obama responded to the natural disaster of Haiti and sent relief while, President Bush waited almost a week before sending help to the people of New Orleans. Obama has sent bailout money to companies to help them back on their feet and put more Americans to work. Have you seen the large green signs on the side of the road which says something like, "Putting America to work". He also approved a Health Care stimulus plan, which is better than nothing, people! And the most huge thing to me, he has brought back the troops from the war. More families reunited once again.
Obama also talked that Preacher from Florida to not burn the holy book of the Muslims (Koran). If he actually did go through with it, he would have been putting the lives of our soldiers in danger. Not to mention us!
I would love to know what people have to say that Obama hasn't done. People always complain that he is always gone on a vaction somewhere. But, I seem to remember it being all okey-dokey for Bush or Clinton to go on vacations from time to time. I would love to hear your arguments about this. Please have something constructive to say, or don't write it at all. check out some of my other works as well 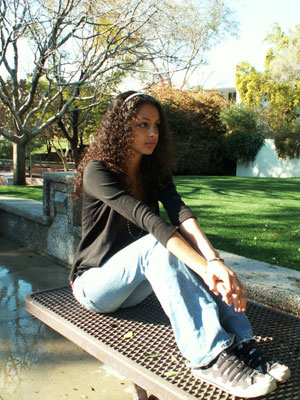 Favorite Quote:
I would rather you hate me for all that I am then love me for something I'm not.

View profile
I don't agree with you. I think you are wrong about white people wanting to take the power out of an african americans hands. Some people might believe this way but most don't. Barrack Obama really hasn't done anything for this country except tripple the national dept. So exuse me if we don't want him in office anymore. But even though i don't agree with the things you've said, this is a very well written essay.