A Monster Makes the Cover

Being on the cover of The Rolling Stone used to mean something to musicians. It meant that you were out there for the world to see, that you’d made it. Nowadays, it has become watered down with pop culture. It was almost a shame, perhaps a sign that The Rolling Stone was dying. After July 17th 2013, though, it is dead. The empire has crumbled. Everything this magazine had built for itself over the past 46 years has come crashing down on it’s head. The Rolling Stone pressed the already loaded gun against it’s temple and pulled the trigger. The trigger being Dzhokar Tsarnaev. This question is directed towards the editors and executives at The Rolling Stone. How dare you? How dare you put Dzhokar Tsarnaev on the cover of your magazine? How dare you glorify all the pain, suffering and destruction he brought on the city of Boston, the state of Massachusetts and the United States of America? No, even that doesn’t quite do it, I’m from Canada, and I was devastated when I saw the bombing unfold at the Boston Marathon. This sick, evil, demonic, twisted man and his equally sick, evil, demonic and twisted brother set out to cripple the United States. Now, they may as well have succeeded, because you have put the remaining one on the cover of your magazine. Your picture of him puts him in a positive light, you made him look like a rock star! Four people died in this attack and it’s aftermath, including an eight year old boy! Hundreds more were injured, some losing their limbs. Tell me, why weren’t they on the cover? Why wasn’t Martin Richard, the eight year old boy who was ripped apart by shrapnel while going to hug his father on your cover? He deserves it more than the monster Tsarnaev. Actually I shouldn’t say that, because from this day forward, no one should have to be on the cover of Rolling Stone. It should be taken as an insult. You people are disgusting. It’s mind-boggling to me that people are even going to continue reading your print anymore. At this point, I wouldn’t even potty-train a dog on the Rolling Stone. You should have to pay people to take your magazines now. I feel so bad for those affected and their families. They’re going to be at the store shopping for groceries and have to walk by his face. Put yourself in that position. How do you think Martin Richard’s parents will react? His father would do anything for that hug now. Or someone that lost their legs, in a wheelchair, seeing that face on your magazine. Seriously, who thought this was a good idea?! I for one will never pick up a copy of the Stone again, and neither will anyone with any compassion or common sense. It’s completely asinine that a terrorist, a scum bag is on the cover. Any number of musicians could have been, anything else.And yet, for cheap publicity, a man who took everything from 270 people AND their families. A man who brought a city to it’s knees. A man who has forever stained one of the greatest sporting events in history. A man who took the life of an eight year old boy who just wanted to hug his Dad. A man who shot an MIT police officer. I wish I could mention everyone that this man hurt or killed. I wish I could mention all the family members and people everywhere this man affected. No, not a man, a monster. 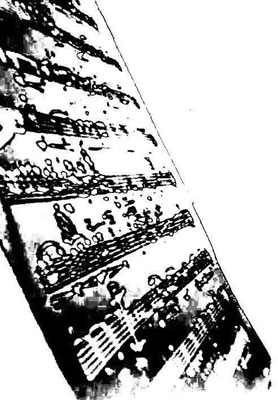 The author's comments:
Seeing Dzhokar Tsarnaev's face on the Rolling Stone sent me over the edge. I had to get this off my chest.
Post a comment
Submit your own