Something to think about before criticizing Drugs | Teen Ink

Something to think about before criticizing Drugs

The world these days, is tumultuous. By tumultuous, I mean that there are just as many things, or more, as there always have been that make us really stressed out, make us cry, and make us do whatever we do when in distress. I'd like to address my candid remark on teens, or people who do drugs and those who criticize them.

A few days ago, I read an article about a Japanese rock singer who passed away almost 20 years ago--whom many Japanese people remembers to this day. He died at the age of 26. The cause of his death is still controversial. But one thing for sure, is that he was a drug-user and his doing drugs definitely was one of the causes of his death.

Why do I tell this story out of the blue? Well, there were reasons why he had depended on drugs. He started out when he was still in high school. He just loved to sing. But he began to break down as his record label agency treated him badly--He didn't get the money he deserved and when he wanted to sign a contract with a different company, the agency forced him to pay a huge sum of money to keep him from signing with others. He broke down mentally --he just wanted to sing, he didn't want to become a puppet. Singing was the meaning of his life. At this time, he got his hands on drugs, and using drugs, he could stay away from the harsh reality he was confronted with.

I'm not saying that drug use is a good thing, nor am I claiming that it should be acceptable. We really need to pay attention to 'why' teens do drugs. There are many things that could possibly have made them start doing drugs. It might be that they were really depressed because they broke up with their boyfriend or girlfriend. Or that their parents couldn't care for them because of their financial situation. Or that they were little awkward in making friends or talking to people. Everything that makes them stay away from facing the reality.

It's not always too late. We can lift them up from the abyss of drugs before we label them as 'freaks' or 'whackos'. They might have had some bad experiences with some people like the singer I mentioned above. There is nobody that can help them besides us. Lead them out of using drugs.
Like those firefighters rescuing people out of ablaze buildings and houses. We can rescue them. You can. 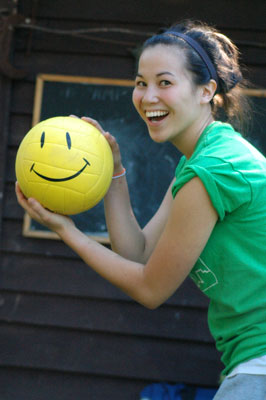 Favorite Quote:
"You can't win a dumb off."

Favorite Quote:
You should try everything in life, except incest and barn-dancing.

Favorite Quote:
In life there are no failures, just personal experiences and one's reaction to them.

Favorite Quote:
pain is candy eat it up

This article has 53 comments.

Favorite Quote:
"What lies behind us and what lies before us, Are tiny matters, compared to what lies within us"