Wait you can join the army and risk your life for your country, but you can't have a beer? | Teen Ink

Wait you can join the army and risk your life for your country, but you can't have a beer?

Congratulations it's your 18'Th birthday you are a legal adult! Look at all of the things you can do; vote, get married, join the army, buy property, get a tattoo, adopt a child, make your own medical decision, and legally own a gun. Go out and have a drink with your best friends and celebrate! Wait... You can't legally drink alcohol, but you are mature enough to choose the government, decide who you want to spend the rest of your life with, defend your country by putting your life on the line, permanently alter the state of your body, take on the responsibility of another human life, decide what medications you do and don’t want to take, and legally own a weapon that can kill people. Wow that seems like you would need to be really mature, but you can’t go out and have a beer with your friends on a Saturday night, ridiculous… right?

The United States is only one of four countries with the minimum drinking age of 21; there are approximately 20 states that have no drinking age at all. That’s 5 times the amount of states that have a legal drinking age of at least 21! One theory is that an 18 year olds body is not developed enough to handle alcohol. Yes, it is true that your body does change as it ages. When you are 18 it is different from when you are 21 but it is also different and more "developed" when you are 56, so since we are more mature at 56 than 21 should that be the legal drinking age?

So it's your 21'st birthday and you can now legally drink, there is no magical change that happens in your body that makes it ready for alcohol. Let's face it most people have taken a drink before the age of 21; I know I have and I bet you had a drink before your 21'st birthday too. In fact, in 2005, about 10.8 million people in the United States ages 12-20 (28.2% of this age group) reported drinking alcohol in the past month. Nearly 7.2 million (18.8%) were binge drinkers, and 2.3 million (6.0%) were heavy drinkers. These numbers are probably shocking to adults, but to teenagers they are probably a little lower than what you expected right? I believe that the reason that alcohol is so tempting to teens is because it's forbidden. It's human nature to want what we can't have, just think back to the story of Adam and Eve from the bible, they weren't supposed to eat the fruit, it was forbidden, but that probably made that apple 10 times better to Adam when he ate it. If the drinking age was lowered to 18 by the time a teen would want to drink, let's say 15, they would most likely think; "Well, it's only 3 more years, I'd rather not be a criminal and just wait 3 years". But know a 15 year old thinks "Well, jeez 6 years, I need to at least try it; I can't possibly wait 6 years to drink, seriously". Okay so for arguments sake let’s just say that they think we are mature enough and that they just want to lower drunk driving deaths.

There have been statistics thrown out there saying how the lower drinking age has saved “countless lives”, these numbers are not scientific and are just estimated. The truth is since the 80’s education has increased and people are more informed than ever. So there has been talk about a “drinking license” where if you were below 21 and wanted to drink you would have to take a class on responsible alcohol consumption, which sounds cool to me. Why not be informed on what you are putting in your body and be aware of how to do it responsibly. 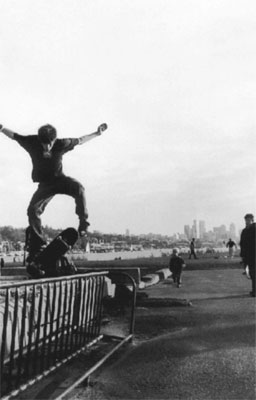 Favorite Quote:
"I write for the same reason that I breathe; because without it, I would die."

View profile
just saying that ido not want a stupid glass of beer! i have smelled it and it smells DIGUSTING!!YCK!!!
dangerous.pie said...
on Dec. 9 2010 at 8:39 am
i agree with this writer completely how come you come you can die in iraq but you cant have a stupid beer
skittless2440 BRONZE said...
on Apr. 2 2010 at 7:51 pm
skittless2440 BRONZE, Pittsfield, Massachusetts
2 articles 0 photos 11 comments

Favorite Quote:
"Be the change you want to see in the world."

View profile
well I think it's great you choose not to drink, that is something most teens are not willing to do, so I agree that the laws should change and then if smart people like yourself dont want to drink than they dont have to but if people do they should be able to, no offense to you I really think it is great that you are above the influence!
MadHatter said...
on Apr. 2 2010 at 11:09 am
I totallly agree with the writer. I think you should be able to drink if you can risk your life. As for the people who arent responsible, they should be mature enough not to drink or have a buddy there to baby sit them
caitlin.calamity BRONZE said...
on Feb. 18 2010 at 10:34 pm
caitlin.calamity BRONZE, Houston, Texas
1 article 0 photos 46 comments

Favorite Quote:
Action and reaction, ebb and flow, trial and error, change - this is the rhythm of living. Out of our over-confidence, fear; out of our fear, clearer vision, fresh hope. And out of hope, progress.
-Bruce Barton