I believe in people loving who ever they might but, no offence to guys but they always hurt you in some way. I have been hurt lots of times. and just they tell you they love you and then they dump you for some other girl In my opinion guys need to stay with one girl :) and love them forever i am still in love with the guy i have been for a year. 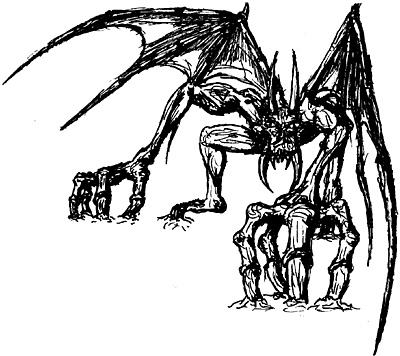 This article has 21 comments.

Favorite Quote:
Come askin for it and you will get

Favorite Quote:
Come askin for it and you will get

View profile
I think you would be surprised how many of us that are not "like the others" there are. It isn't necessarily the most obvious thing but look around because there is always someone=)
teacat749 BRONZE said...
on Mar. 8 2011 at 6:35 pm
teacat749 BRONZE, Whitefish Bay, Wisconsin
4 articles 0 photos 151 comments

WriterFanatic-- From your earlier comments, I get a feeling that you don't like being lumped into the group of liars, backstabbers, cheaters, etc. : ) To be perfectly honest, I have a hard time finding guys who aren't liars backstabbers, cheaters etc.  There ARE a few out there that are honest, loyal, etc., but in today's society, they're pretty much extinct. Sad, but true.

The world has lost almost all of it's respect and self-worth, so it's nice to see that there's at least ONE human male that claims to not be like (most) of the others. (I say "claims" because I'm a suspicious freak, not because I have anything against you.)

As you can all probably tell from my earlier comments, I HATE cheaters. *Twitches convulsively*

Chelby I'm so sorry your ex cheated on you, if I knew who he was, I'd hunt him down and destroy him myself, that's  how much I hate cheaters! (As you can also probably guess, I'm very bitter. Very.)

As a guy, I agree with you.

Many of us are...less then admirable.

Some of us just want to be happy and be loved and love in turn.

Favorite Quote:
Poetry spills from the cracks of broken heart, but flows from the one which is loved.

Well, if you are really in love, you will have to go through a lot of unexpectabe ups and downs in your life :(..

If the guy loves you truely from the core of his heart, he'll never let you cry. If you think he is the one for you, you will even smile in your sleep rather than crying all day. Love is a kind of emotion which can teach you many lessons !!!

Favorite Quote:
"It was night, and the rain fell; and falling, it was rain, but, having fallen, it was blood" ~ Silence - A Fable by Edgar Allan Poe

View profile
Love isn't painless. It's the only emotion where you surrender your entire being to another person. There will be times whne you will get hurt and there will be times when you hurt your sigificant other, but what really makes a couple a couple is when they tackle their problems together. If he/she leaves you for someone else, then chances are you aren't meant to be. Each person has a second half waiting for them somewhere and if you want to be truly happy in this life you have to go out and find him/her
lonely gurl said...
on Oct. 27 2010 at 10:20 am
ya i just broke up wit my bf cuz he cheated on me gosh we were datin for 2 months
_helenhorton SILVER said...
on Oct. 12 2010 at 7:59 pm
_helenhorton SILVER, Springfield, Ohio
7 articles 3 photos 34 comments
View profile
e but what ive found out in my past relationships is that some people are just stepping stones to find your real true love
aaliyahluv98 said...
on Sep. 28 2010 at 3:20 pm
tht is soo true i truely agree wit u ive been wit mii true love 4 a year
Lost-In-Life GOLD said...
on Jan. 21 2010 at 5:33 pm
Lost-In-Life GOLD, Whitby, Other
11 articles 0 photos 299 comments

View profile
It's not so much just guys as everyone. a lot of people date even when there is no "true love". I'm not talking about soulmate I'm just talking about some one you care about and truly love, not just date. You may be one of those people who does date guys that you truly love but I know a lot of people who don't.
/Chelby said...
on Dec. 14 2009 at 4:25 pm
/Chelby, Yatahey, New Mexico
0 articles 0 photos 6 comments

Favorite Quote:
Can a heart still break if its already stopped beating..?

View profile
so true. guys need to settle down with one person.

Ive been with this guy for 6 months now and he's already cheated. even after everything. i'm still believing his lies. its really hard to let go of him. i love him evn tho he hurts me so much.
KaraTaylor DIAMOND said...
on Oct. 10 2009 at 11:42 am
KaraTaylor DIAMOND, Neptune, New Jersey
81 articles 17 photos 84 comments

Favorite Quote:
"life isn't a matter of milestones, but of moments"

"experience is the name everyone gives to their mistakes."

View profile
ay dios mio! (oh my god) i know how you feel because i have an ex that i am toally not over. he is my longest relationship and i cannot get over him no matter how many times he doesnt answer, glares at me and tells me he doesnt care. as many times as he cheated, cursed, and hurt me, i still love him. i totally know how you feel.
winie_h. said...
on Sep. 28 2009 at 11:43 am
i'm so sorry, but you'll just have to deal with it until you find the right one
NessieMarie GOLD said...
on Sep. 27 2009 at 10:44 am
NessieMarie GOLD, Minonk, Illinois
16 articles 0 photos 16 comments
View profile
all i can really say is **** happens...you know? it hurts. but thats life right? i think that chelsea girl is confused. haha
CandieApple PLATINUM said...
on Sep. 26 2009 at 1:11 pm
CandieApple PLATINUM, Hartford, Wisconsin
29 articles 0 photos 90 comments

View profile
Lot's of guys are scumbags and it's hard to find a nice guy who actually cares about you. Keep looking for someone special! My fingers are crossed! Which makes it hard to type... :D