Respect is Gained Not Deserved

The movie I have chosen to observe and study closely for pathos, ethos, and logos is Fast & Furious. The main idea of the movie is racing pimped out cars, being tough, and getting the girl you want. It shows that to get the girl, you have to be tough. The movie uses logos, pathos, and ethos to put pressure on guys and girls, creating stereotypes of the male and female perspectives. On girls the pressure is put on the way that they look. The pressure dropped on guys is all about way they act.
Fast and Furious is about a group of guys that work by racing illegally. They try to get jobs by racing through unclosed streets. In addition to racing through unclosed streets, Brian O’Connor is an undercover police agent. His goal is to catch a dangerous mob boss. The mob boss is also a drug dealer. When he figures out who was the actual drug dealer, he is surprised by the result. He’s been right under his nose the whole time. The movie is jam packed with sexy women, tough men, a lot of fighting, and many fast cars. This brings me to my next point: the thousand pounds of pressure movies drop on men and women.
Women are pressured by their physical appearances. This movie helps encourage that stereotype. There are women in the movie wearing short, tight shirts, mini skirts and thongs. The women are always wearing lots of make up to make them seem hot. They are also very flirty and try to flirt with most guys they see. They all have big chests. Also, they look a lot like supermodels. Logos and pathos are used when you see all the girls wearing short skirts, tight shirts, and a lot of make up. It makes you think about how you look, and if you don’t look like those girls you would get disappointed. Eventually you would start doing whatever you could to look like them. Ethos has an effect when you see some of the famous actresses looking really hot. In our present society, stereotypes like this make us believe women have to be really hot. You can see stereotypes like this everywhere: the mall, parties, theme parks, at your neighborhood, everywhere you go, you will see these stereotypes. I dare you to look at your mom or your sister and not see any make up. This is very dangerous because girls could become bulimic if they believe that they’re fat.
Men are pressured in life to act really tough, be athletic, brave, and adventurous. We think that to be cool, we have to fight, race, and we have drive really fast and nice cars. Also, for girls to like us, we have to be really strong, be very athletic, and be buff and have a six pack. The movie displays about 20-30 muscular men. Fighting is one of the biggest activities in the movie. Drugs and smoking take a big effect as well. They use ethos by having some really good and respected actors. Pathos and logos are used when Don yells out to Brian, “You ain’t a man unless you can stand up for yourself!” That serves as pathos because it makes you sad or mad that he yelled at you. Have you ever heard of Vin Diesel? He has stared in various movies. Some of them are The Pacifier, The Fast and the Furious, The fast and the Furious Tokyo Drift, and many others. He is really famous. Due to his fame, many people respect him. My cousin is obsessed with him. He’s what the movie does to use Ethos, by using someone who is much respected.
Fast & Furious uses Logos, Pathos, and Ethos to pressure men and women on the way they look and the way they act and the way we think. The movie makes us think that to be respected, we have to be tough. It also makes girls think they have to be hot, big chested, have perfect curves and a big butt. Soap operas do the same thing. It causes male and female stereotypes. There should be a few production studios that have the guts to make a movie that has many emotional men and women who are not totally obsessed with their looks. If only there was a production studio that would do that, they could have a shot to slow down those stereotypes. 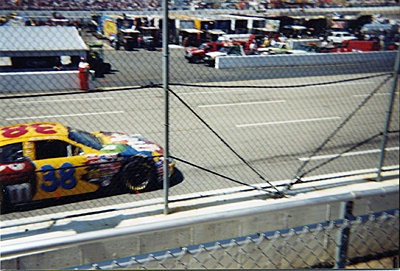 Favorite Quote:
"there is nouthing to fear but fear itself...and spiders" "that's what she said"

Favorite Quote:
"During the 1960s, I think, people forgot what emotions were supposed to be. And I don't think they've ever remembered."
-Andy Warhol