Symbolism in the Call of the Wild | Teen Ink

Symbolism in the Call of the Wild

Although most dogs are treated like kings and queens today, they weren’t always treated as highly.  Jack London wrote about one dog who goes from being a pet, to being a primitive working animal in the classic The Call of the Wild. Taking place in the 1900’s, a dog, Buck, is taken away from his easy domesticated life to live in the wilderness as a sledding dog.  The dog is forced to learn the harsh rules of the wild.  Throughout the story, London uses many symbols to show the laws of the land.  Buck is forced to be taught the old fashioned way, with a rope and a club.

In the beginning of the story, Buck purposely misbehaves and learns the consequences from a club.  The club symbolizes power because it establishes the rules and who is the alpha.  When Buck first tries to escape by attacking, a man in a red sweater beats Buck with a club.  Buck soon learns that every action that he does that is unwanted by the man, results in being hit by the club.  One quote to support this is, “You’ve learned your place, and I know mine.” {London16}.  Another example is, “Be a bad dog, and I’ll whale the stuffin’ outa you.” {London16}.  These quotes show that the club symbolizes power.  A dog stands no chance against the club, so the rules are quickly set in place. Buck soon learns his place and starts to obey the rules because he has learned the consequences of not following those rules.  The club symbolizes power because it allows the man to gain control over Buck and demonstrate who is the boss. Although it’s very harsh, Buck soon learns that he has the decision to obey, or to be hit.

Because Buck was difficult to control, he also was forced to have a rope tied around his neck.  The rope was a leash that limited what Buck had freedom to do and therefore symbolizes limits.  A quote to prove this is, “That had given them an unfair advantage,” {London12}.  Another example is, “But to his surprise the rope tightened around his neck.” {London8}.  These quotes prove that the rope is a symbol for limits put on Buck because it stops Buck from undesired behavior.  Buck starts to learn that if he doesn’t do bad things, then he doesn’t get choked by the rope.  The rope showed Buck his limits.

Buck was unwilling to behave at times, so he was forced to learn the power of the club and the rope.  The club was used as a weapon by humans to establish the rules.  Therefore, it symbolized the power of humans.  Rope was used as a leash around Buck’s neck to limit the dog’s unwanted behavior.  The rope symbolized limits on Buck.  If being taken away from everything he knew wasn’t bad enough; Buck then had to learn the rules of the wild by a club and some rope. 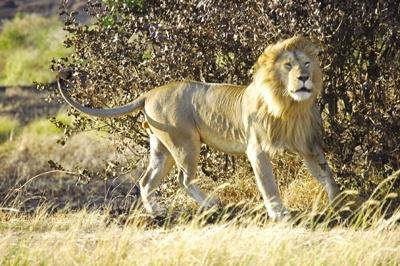