I'm white. I am whiter than white. With that, I know that I have privlilege that people of color don't have, especially in America.

The Black Lives Matter movement isn't about black lives being the only lives that matter. The point is that they matter, too. People who say "All Lives Matter" aren't saying that they all do matter, it's an offensive comeback because they want to be oppressed for whatever reason. They argue that the Black Lives Matter movement isn't about equality, which is not even true, because that's exactly what it's about. If all lives did matter to the people who say "All Lives Matter," then why do they have a problem with this movement? If you're against this movement for any reason, you're ignorant. You're racist. People of color are angry, and they have every right to be. White people have expolited and dehumanized them since the dawn of time.

I constantly worry about being murdered, but just in a general sense. It has nothing to do with the color of my skin. I have the privilege of not worrying about if I am going to die every day because I am not white. But people of color have to worry about this. I fear death at the hands of a fellow human with evil running through their veings, poisoning their heart, but it's not for the same reason at all for people of color who fear their lives every day.

A significant piece of information that people don't know is that the police was formed to catch runaway slaves back when it was legal. Never forget the roots from which this country started from: racism. Now, the police just enforce the law. When I am driving, I won't have to worry if I pass by a police car and they think I am suspicious. I don't have to worry if the police are going to kill me if they pull me over. To me, getting pulled over is just a minor inconvenience of the day. To people of color, it's a traumatic memory, if they aren't killed. Are all cops bad? No. Are all cops racist? No. But if you don't see a problem with the fact that people of color are seen as criminals just for the color of their skin, then you are ignorant. It must be nice to be so indifferent. "All Lives Matter" folk always make the claim "Well, look at the statistics for how many white people the cops kill." Just to clairfy, the statistics are skewed because the population of white people versus the population of black people, for example, is larger. People of color are called minorities for a reason. White people are the majority of the nation. And most of the time, those white people that are killed are actual criminals who are actually bad. Regardless, I think police are killing too many people. I don't know a definite solution for it, but I know it's a problem.

Another problem about police and their "Blue Lives Matter" movement is the fact it's just their job. It's a uniform they put on every day, but they take it off when they get home. You can walk by them at the store or on the street and not even know that they are a police officer. People of color just can't take off their skin. They can't pretend to be white. They can't protect themselves the way a police officer can regarding their identity. Police officers can turn in their badge and uniform and call it a day, they can retire, but people of color never stop being people of color. They will never be able to avoid the racists, the bigots. They can never escape hatred. The fact that the police responded to protests with more violence just proved a point that they don't care.

One major thing about racism is the fact that our current president, Donald Trump, has built his campaign and administration on racism. His supporters claim that he has done more for people of color than any president before him, but how would they know (yes, I am talking about his white supporters). How do any white people know what he has done for people of color when they aren't impacted by anything related to that at all? White people have no room to argue with how people of color feel. It's none of their business. Yes, I am white, but the difference is I support the Black Lives Matter movement. I support movments that help minorities get the respect and rights they deserve. I hate Trump because he is a racist jerk who is destroying this country's morals. He is endorsing white supremacy, he has actually supported white supremacist groups like the Proud Boys and the KKK. The difference is that I don't lack basic empathy and morals. I care.

Another thing about Trump is that with his racism, the general population has been more open with their racism, because they know Trump won't do anything about it. The fact that a little less than half of this country still voted for him after all of the nasty things he has said about minorities is a huge concern. We seem to take one step forward sometimes, but a million steps back when we don't kick racism to the curb. His supporters only care about the economy, and some of them are definitely racist.

I am proud that there are so many great opportunities for people of color now, that's a giant step in the right direction, but they aren't always what they seem. Many organizations or businesses take in people of color for the sake of statistics. It's so they can say that they have a black person working for them, but it's for their own selfish gain. Colleges do this, too. They talk about their statistics of students who are of color, but it's for the image of seeming diverse and inclusive. It's exploitation. When will our country stop using people of color for their own benefit?

"Black Lives Matter" isn't politics. If you are against it, or any movement where minorities are fighting to be treated with respect, then you are part of the problem. The fact that a white person has to tell you all of this is a problem, but maybe you'll listen. 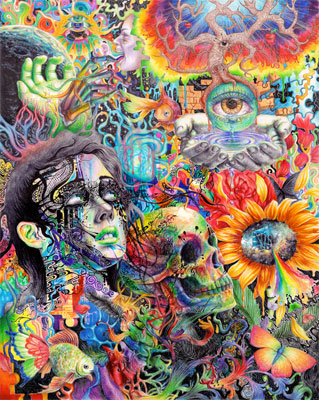 I have just been tired of the hatred and the ignorance to accept these issues as problems. I want to help be a voice for people who don't have it.