Favorite Quote:
To love, to be loved. To never forget your own insignificance. To never get used to the unspeakable violence and vulgar disparity of the life around you. To seek joy in the saddest places. To pursue beauty to its lair. To never simplify what is complicated or complicate what is simple. To respect strength, never power. Above all to watch. To try and understand. To never look away. And never, never to forget.”

I am outraged. And not for a reason done by any single person. I am angry that day in and day out I am forced to look the idea of “perfection” in the face, and am expected to live up to it. Unfortunately, unless you live under a rock, you have been pressured to do so as well. Don't believe me? Look on your dining room table and find a magazine. Go turn the TV on downstairs. Take a drive by a billboard and see if you have the guts to look that model in the eyes and say “I am more beautiful than you.” Take a walk with friends downtown and try to avoid the photoshopped “perfection” staring you down. Since when have people in advertisements stopped looking like people? They look more like marble statues to me.

This unhealthy phenomenon is one in which I have officially coined the Diamond Phenomenon.
Have you ever seen a raw diamond, uncut and pure? They don't sparkle like they do on your Aunt's ring finger. They are earthy, organic, and natural. But in their own way, they are beautiful. The way the rock envelopes them, staking it's claim over their glory, is what makes them beautiful. The fact that they belong to our divine planet is made visible when they are left untouched and pure, and in my opinion, that is more glorious than any amount of polish, cut, and chrome humans may thrust upon them.
So how are diamonds any different than, say, people? Society has made it nearly impossible for anybody (male or female) to feel adequate. We are shown picture after picture, poster after poster, movie after movie where airbrushed, waxed, shaven, liposuctioned, plucked, caked with makeup people are portrayed as “beautiful.”

So how are we ever going to feel adequate with such unrealistic, and quite frankly, impossible expectations? We aren't meant to look like that. We aren't meant to have blemish-free skin. We aren't meant to be as hairless as naked mole-rats. The way that society has shaped our beliefs about what we should strive to look like is sickening. Today, 10-15% of Americans suffer from some type of eating disorder. That's one out of every ten of your friends or family. We live in a society where only 2% of women describe themselves as beautiful, and it shows. Two-thirds of women surveyed said that “...heading to the office bare-faced is more stressful than public speaking, going on a first date or enduring a job interview”, reported The Daily Mail. That is absurd! The media we are exposed to on a daily basis has made it the social norm to literally smear liquid, goo and powder all over our faces to be accepted by society, and to be “beautiful.”

Furthermore, in the past, pictures have represented the truth. There was software such as Adobe Photoshop in which you could manipulate pictures to the degree is possible now. Pictures no longer represent truth; they represent lies. Do you honestly think celebrities look the way they do in pictures? No! So why should we? The pictures you are seeing are the result of hours of makeup by a professional make-up artist, and even more hours of altering the image using technology by a highly skilled individual or even team of individuals.

Therefore, it is with strong conviction that I believe women should feel no pressure to walk around the world caked in makeup. Rather, engage the world bare-faced first, and you may be delighted as to what you find.

Alas, this is my challenge to all fellow women: Go one week makeup free, wearing nothing more than your favorite ChapStick. 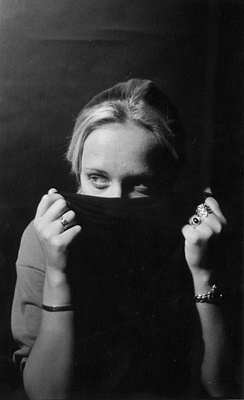