Lost within the Lion's Den

Favorite Quote:
"Life is poetry, so the different experiences I go through in life are my poems." - Deiyjuan Christie

Take heed to the signs that read “Do not feed the animal”.
He refuses using the food to satisfy his need of hunger.
He would only fuel his rage to succeed in dismantling this indestructible cage.

After a failing attempting to escape his confinement;
The new settlement is in his despair.
No one is present, and his future dreams are shattered.
He sits in the mist of his cell; torn & completely battered.
He struggles to hold on to his broken faith, but leaves it in the hands of the heavenly father to repair.

The complications arrive when his view catches everyone outside of the iron hell, which is his cell.
Deep down inside he knows very well that everyone doesn’t have his best interest.
Every woman wouldn’t love, or respect him; their only goal would to become his temporary mistress.
Every man won’t accept their hand to become a friend; nor would every man endure the worse, with you, until the end.

He’s forever apart of the lost ones no matter how far he has come, or what the other’s in the world would say.
He’s no hero, just a lost one who rose within the anger filled cage; which was damp from the tears quietly shed.
Rising along with the morning sun; he picks the lock, and break away.
Others stayed away obeying what the sign had read.
None of that mattered to him as he lift his arms to the sky and said
“I am a lost one, and I’m no longer hungry for pain or pity.
I am God’s son, free, accomplished, but my quest for inner peace has just begun”. 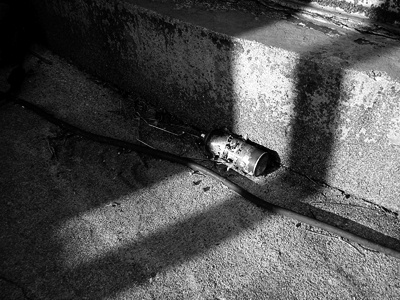 The author's comments:
Everyone has a battle they fight everyday. Mine is dealing with my anger. There were many days where my anger's gotten the best of me. This poem reflects my realization that if I don't learn how to control my anger, then I'm forever trapped in my own misery.
Post a comment
Submit your own