Favorite Quote:
“When you’re a kid, they tell you it’s all… Grow up, get a job, get married, get a house, have a kid, and that’s it. But the truth is, the world is so much stranger than that. It’s so much darker. And so much madder. And so much better.” ~ Doctor Who

Everyone has an irrational fear of the dark.
Not many are truly comfortable sitting cold and alone in the dark
This fear of not knowing your surroundings holds many in it’s grasp.
Because who knows what could be in the room
Or right next to you
Or completely surrounding you
But maybe this crazy idea actually holds some truth
Maybe it's not so irrational.

My own fear began when I was very young
But it did not begin as a fear
No, in fact I was enthralled
Completely fascinated
Every so often,
I would do something naughty
I was a child and I did not know any better
I stole, I cheated, I lied, and I lashed out
When I did these things
My father would make me go to The Closet

The Closet was the coat closet at the very end of the hallway
The door to the living room was right there
Adjacent to it, and most everyone who had ever been in my house
would walk right past The Closet’s door
and go into the living room
maybe have a drink
watch the telly
have simple conversations about simple things

But I always noticed The Closet
While others ignored it
Even my own family
I was the only one
The Closet wasn't what it seemed, you see
When you open the door
you see two thick rows
of thick coats, fluffy jackets, and scratchy trench coats.
But if you push past the jackets
Get scratched by the buttons and sleeves
You’ll see that The Closet actually stretches much further back

It goes back into the wall
Under the stairs
And makes a little turn
And disappears into complete blackness
And it was there
Under the stairs
In The Closet, where I spent many an afternoon
Too many, you might say

One day
In late September
I lied to my father
I told him my younger sister had broken the lamp in their bedroom
But it was me
I had broken the lamp, and when he found out
He sent me to The Closet
Then he left
He left on a business trip
Just as my mother was returning home from the grocery store
He neglected to tell her
He told her my sister was reading a book
My other sister was playing down the street
The dog was in the backyard
But he didn't tell her where I was

After an ample amount of time, my mother began to worry
She said she assumed that
I was down the street playing
But my sister came back
And I was nowhere to be found.
She searched the rooms, the house, the yard, and the street
Looking desperately
Even my sisters decided to help look

But I was in my own world
My made-up world may have been gone
But I was still so far away
The darkness was now my imagination
The only thing my brain could conjure up
Was a never-ending, eternal blackness.
I wasn't worried, at least, not at first
But then it all changed

The darkness was no longer far away from me
I could feel it
I could actually the absence of everything
There was nothing near me,
Nothing in existence, and I could feel that Nothing.
The Nothing was close, so close
And the Darkness was pushing and pulling at me
pressure on me from all directions
No discernible way to make it stop
And then came the whispers

I could hear the voice of a crying woman
A mourning mother, crying for the loss of a loved one
No words were spoken
Just whispers comprised of noises and moans that
One would make in the case of grief
Soon, anger joined the grief
And together they sounded so quiet
As whispers definitely should
But at the same time, they were so loud

Growing louder and louder
Creeping up, decibel by decibel
Grief and Anger
And then Sorrow and Envy and Despair and Confusion
All of them trying to get at me
Taking shots and swinging their swords at me
I was folding in on myself
Unable to keep them all out
In a last attempt to regain some control of my own body
I let out a bloodcurdling scream
That echoed of the walls of The Closet
and in my ears

My outburst brought my mother running
Flinging open The Closet’s door
And confusion passed over her face
Like she wasn't expecting the door, or even The Closet to be there at all
She pushed through the hanging clothing items, and past the boxes and bags
She grabbed my hand
And pulled me out

I opened my eyes into the light
And the pressure from the Darkness and the Nothing were gone
It was no longer dark
And there was no more Nothing
Just Everything, back where it should be
But still, I was so afraid
Afraid of what the darkness could do
And I knew then
That I would never trust the darkness again. 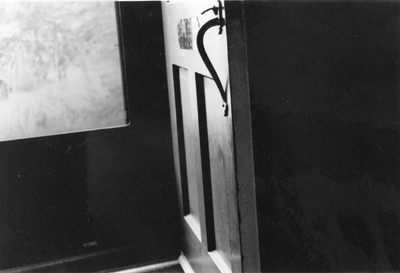 The author's comments:
I've only been writing poetry so far, so I thought I'd try for a thriller about everyone's favorite phobia.
Post a comment
Submit your own