Not A Graduation Speaker | Teen Ink

Not A Graduation Speaker

to my fellow graduates:
absolute deontology is absolute bulls*** and
the Panic of 1907 wouldn’t have happened if it were at the disco and
in San Francisco, wave-particle duality is considered a fallacy and
f*** Riemann sums
seriously

I’m switching tense but you better not point it out because
they built a white picket fence around you for committing some capital offense
but here’s my two cents, you’re not dense
it’s all just some immense pretense for condensing our collective moral sense
at your expense
so get out of your desk

and silently, semi-violently throw those Kafkaesque textbooks
into the bonfire of “Things We’ve Been Told to Do”
it’s time that you used that brain of yours, that ghost in the machine
for the second time in your life
the first was when you discovered Legos
the last will be when you fall in love

with yourself
because contrary to popular belief, Tom isn’t chasing Jerry
Tom’s chasing himself
mad with that affection for his own reflection
every action a reaction to the dissatisfaction of his own abstraction
and you are no different

caught up in this deadly cycle of doing things you don’t understand
and you do it because it’s all you’ve ever known
letting some Rosetta stone dictate your serotonin levels
letting society tell you what you should know and what you shouldn’t
it’s seven twenty five: time for your daily dose of education medication

but not anymore, you aren’t spending the next four years in Japan
and this new weight loss plan has proven results
indeed, in just one year, I guarantee you’ll be forty thousand dollars lighter

yes, the system makes fighters but also nail-biters
and yes, we’re good writers but at the cost of how many all-nighters 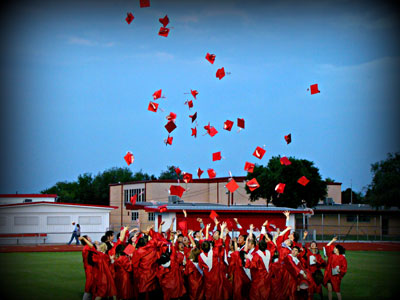 The author's comments:
Just some spoken word for those seniors out there.
Post a comment
Submit your own