Imagery and alliteration are then employed to describe the protagonist’s fantasy that she is rich in money and possessions. The protagonist dreamt of “great drawing rooms dressed in old silk... fine furniture...and of pretty little parlors, filled with perfumes”. This descriptive language to show her fantasies creates a vivid imagery of the delicate living conditions the protagonist desires, allowing readers to easily understand her wants and therefore know why she is unhappy right now. Furthermore, the alliteration used in “filled with fine furniture” and “pretty parlors” “with perfume” draws readers’ attention to these delicate ideas, which are expensive possessions that the protagonist longs for yet does not have, highlighting the importance of money and possessions to her.

The emotive language is used to describe how the protagonist was frustrated by not having the money and possessions she desired. After wild imaginations of being rich, Madame Loisel “wept tears of sorrow, regretted, despaired, and anguished”. Emotive language is used by listing the emotions Madame Loisel was feeling, which are all painful. This presents her emotions in a direct way to let readers understand how Madame Loisel was fraught with negativizes and distress. This is because she was affected severely by her lack of money and possessions and her unsatisfiable desire for them.

Symbolism is used as well to show the importance of money and possessions to Madame Loisel. After she borrowed a necklace and wore it to the party with her beautiful new dress, “all the men looked at her” and “all secretaries” “wanted to walk with her”, and she was “elegant, graceful, radiant, and wonderfully happy”. The necklace brought her everything she wanted, and she was happy for it. Anaphora of “all” emphasizes how Madame Loisel gained attention at the party from everyone because of her necklace and beautiful outfit and the importance of those things to make her happy. The necklace symbolizes money and possessions the protagonist desired, and by wearing the necklace, she obtained wealth as well as attention from others, leading to her satisfaction. However, this necklace did not belong to her and was borrowed from one of her friends, which hints that her happiness at that moment could not stay. It was just temporary. When Madame Loisel lost the necklace and had to pay for it, she lost everything, including money, possessions, and her dream of being rich.

After Madame Loisel lost the necklace, she lost all of her and her husband’s money to try to pay for it. This is shown by triplets and a contrast with her friend Madame Forestier. Madame Loisel’s “hair was untidy, skirts askew, and her hands were red’, whereas her friend was “still young, still beautiful, and still attractive”. The triplet used to describe Madame Loisel’s physical appearance is accumulative and presents her looks by steps. These all emphasize how her beauty was lost because of years of hard work when she had tried to earn money and pay for the lost necklace. This shows that beauty which Madame Loisel used to be proud of is influenced by money and possessions. Poverty and difficulties of life can destroy the beauty, while rich life is able to maintain beauty. 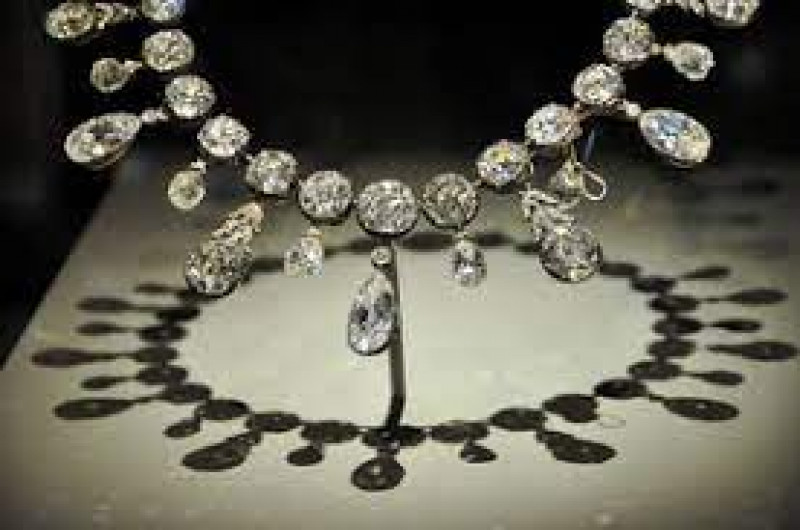