There Are No children Here | Teen Ink

There Are No children Here MAG

Every day young men and women are growing up in the projects of Chicago amidst drugs, violence and death. This is a story of two young boys. As Kotlowitz interviewed their mother, she casually made a statement that the author would later use, “There are no children here.” All of her children, as well as those of her neighbors, were forced to grow up quickly. In the projects, you learn to defend yourself, or perish.

This depiction of the boys' lives is accurate and unexaggerated. The story begins with Lafeyette, eleven, and Pharoah, nine, playing an innocent game by the train tracks with friends. When the sun begins to set, they all know it is time to go home, since after dark safety becomes nonexistent.

From the depiction of their very run-down home, it may seem that the family does not care, but the truth is that even after many years of cleaning, some things just aren't capable of shining. The boys live in a three-bedroom apartment with their mom, dad on some occasions, older sister and her two kids, a brother with his girlfriend and three kids, another brother, his girlfriend, and three kids, triplet younger siblings, and their grandma on occasion. All the “children” are under the age of 24.

The story continues with the depiction of a reality that readers may not realize exists. These kids are living in an environment unsuitable even for animals. Every morning when they wake up, the question is not what they will do but whether they will make it to night safely.

It is extremely sad when a five-year-old acts like a gangster to prove himself worthy. Children should never have to think about anything but having fun yet these children in the Chicago projects grow up knowing nothing but violence and fear.

I recommend that everyone read this true story portraying the lives that too many among us must endure. 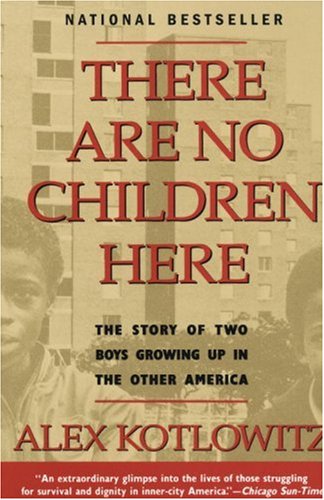