Artemis Fowl breaks many barriers, in my mind at least, of the average reader's perception of a main character's function. In most books the protagonist is a hero or heroine always ready to rescue a poor soul and join the battle for the ultimate good. For Artemis Fowl though, sinister deeds surely fail, the prisoner is always liberated, and justice is served to the antagonist.

Eoin Colfer does a superior job of offering a refreshing hero who isn't completely evil, but falls far from being a shining knight, but the usual hero is not half as entertaining and complex as Artemis Fowl.

Artemis Fowl is a dark fantasy about a criminal mastermind with plans to obtain gold by doing whatever is necessary - including malicious negotiations and bribes with deadly creatures. However, this is no simple task. The gold Artemis seeks lies in the hands of fairies, who are not merry sprites, mind you. They are tenacious creatures who spit upon the idea of ever having a mud man, or human, lay a filthy finger on their gold.

As cold as Artemis appears to the world around him, inside Fowl Manor the cunning Artemis leads a depressing life. His mother has gone mad after the loss of her husband, and Artemis has been fatherless for two years.

In retrospect, Artemis can be seen as a poor, neglected boy who reverts to illegal activities to fund his expeditions to locate his missing father. It is almost as if Colfer wants the reader to decide whether Artemis is a cynical mastermind or just a corrupted boy.

None of the characters in Artemis Fowl are totally good or bad. Colfer combines a perfect mix of clever magic and mystery to create a brilliant novel that will have readers everywhere breaking daylight hours trying to finish it. 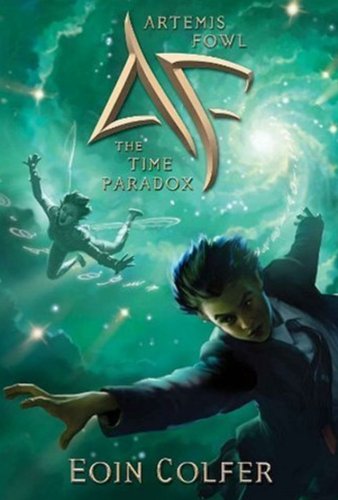 Favorite Quote:
"I am so clever that sometimes I don't understand a single word of what I am saying."-Oscar Wilde