When I cracked open William Sleator's The Duplicate, I was excited. I had heard how fabulous this book was for a sci-fi fan, and hoped against hope that it would have a smooth, quick-paced plot, moving characters and shining themes. Apparently, I hoped for too much because it turned out to be a whopping disappointment.

The tale begins with the main character, David, torn between going on a date with the irresistible Angela and, as his parents insist, visiting good-ol'-Grams. David stumbles upon a “spee-dee-dupe,” which he discovers is a machine that (what else?) duplicates living organisms! Thinking his problem is solved, David duplicates himself so that he can have all the merriment with Angela while his other is forced to endure Grandma's house. However, David soon finds that the duplicate has a mind of its own.

Unfortunately, the plot is the only enjoyable characteristic. The characters are as unappealing as a chunk of five-year-old salami, and there is no theme in sight. A suspenseful atmosphere leads to an anti-climactic culmination.

I only would suggest this novel to those who relish plot-driven, fast-paced books without depth. Fellow theme-seekers and character-collectors, I'm afraid we must go elsewhere. 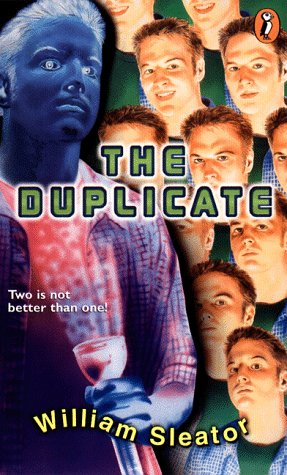