The Silmarillion by J.R.R. Tolkien is a collection of thoughts and stories that form the prequel to, or better yet, history for The Hobbit and The Lord of the Rings. In these notes and passages (edited into a coherent work by Christopher Tolkien) there lies the creation of the first age of Tolkien's world, a world shaped by both good and evil gods. Tolkien gives life to the events leading up to Sauron's creation of the rings of power as well as the creation of Middle-Earth and other lands like Valinor, home of the gods.

The Silmarillion is the story of the three sacred jewels crafted by Feanor, most gifted of elves, with which he imprisons the light of the Two Trees that illuminated Valinor. These jewels are later captured by Morgoth and guarded in his fortress in Angband in northern Middle-Earth. It is the history of the exile of Feanor and his people to Middle-Earth and his hopeless war against the dark lord.

The Silmarillion also contains smaller works. The Ainulindale is the myth of creation, or how the world came to be. The Valaguenta is a section that describes the powers of each of the gods. The final part of the history of Tolkien's world is the tale of the Rings of Power.

This book is one of the most fascinating you will ever read. Watch as the creation and thoughts of Tolkien unfold before you in page after page of timeless detail. All your questions - from how Gandalf received his power to how Lord Sauron came to power and what the land of Valinor is - are answered in this book. The Silmarillion is not just the history of Tolkien's world, but another amazing masterpiece. 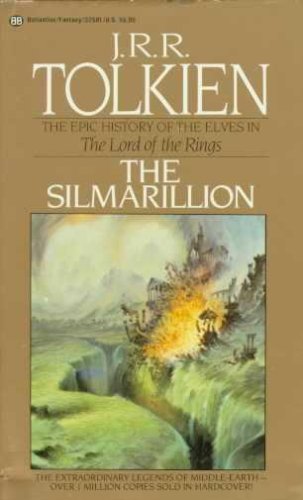