Daughters of Eve by Lois Duncan

"Sworn to secrecy -- bound by loyalty -- it's the high school's most exclusive club. But now a twisted mind is leading it. Who will be the first victim?"

The "Daughters of Eve"...they seem like any other high school sorority: They raise funds for this function and that; they hold secret meetings and make promises. Completely harmless...right? Well, it was. Until they gain a new adult adviser. Before long, every day teen griping is turned into something vicious. Harmless pranks escalate into dangerous revenge.

I picked up this book with high expectations. But this wound up being the only book that I have ever thrown into the garbage can.

I'm not quite sure what Ms. Duncan was trying to say in this book. If it was a simple teen thriller, I applaud her efforts. But, by being an author, you take on the responsibility of teaching your audience...well... something! But if there was a point to this book, I'm sorry to say her logic was entirely wrong.

The premise of the book is that the teacher adviser has been scarred in the past by two men, both lovers. And instead of seeing THOSE men as jerks and complete idiots, she's turned against the entire gender. And once the girls in the Daughters of Eve begin complaining about the men in their lives, she uses her twisted logic to get revenge on her failed relationships.

Granted, some of the men in the book had their own twisted logic about the role of women, this woman blames EVERY man, even good, wholesome ones. She turns the entire sorority against everything any guy does, including proposing marriage.

This book is incredibly feminist, but in the wrong way. Instead of teaching girls to stand up for their rights, she is basically trying to teach girls that men should never do anything for women or else it means that the guy thinks we're useless. Kind gestures are perverted into something entirely wrong. It basically curses God for giving women the ability to bear children.

I e-mailed Ms. Duncan soon after reading this book to ask what she was trying to teach girls and I've the response because it has stuck with me all this time and hopefully will for awhile:

"This book, like any other, should be viewed in the context of the time in which it was written. "Daughters of Eve" was published in 1979, when the feminism movement was just taking hold. Girls of that generation (including my own teenage daughters) were very confused about what was expected of them -- what their rights were -- and what they really wanted out of life. And men and boys were equally confused about the new social roles that women were attempting to force on them. Everything was in chaos, and people were acting out their fears and resentments in sometimes inappropriate ways. That's what the story portrayed -- it was a slice of social history."

I understand what she is saying, but at the same time she didn't fulfill her responsibility as an author. As an author (as with any other job that puts you in a position of influence) you have the responsibility to teach someone something. Now some books out there are pointless nonsense and there is nothing wrong with that. But when it comes to a book such as "Daughters of Eve" where there is a strong feminist movement and message, the ending should leave you with the authors own thoughts on the subject. At the end of the novel, the characters have each been tainted by their feminist teacher and none have seemed to learn anything. This novel and Ms. Duncan's response has left me with the question: Does she have the same opinions the teacher has? Or was she just trying to write a good story?

Since obviously she won't be telling anyone, you must make the decision for yourself. As for me? I give this book 1 out of 5 stars. Try again, Ms. Duncan... 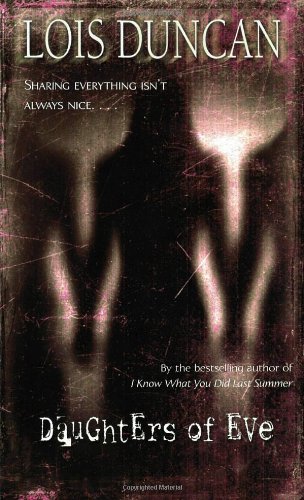 Kat1617 said...
on Nov. 29 2012 at 4:24 pm
I'm sorry but I have to disagree with you on this matter. I felt while reading this book it did teach us something. Or at least it taught ME something. I just read this book for a school report and I found what it taught me was the danger of hatred and grudges. This teacher who was emotionally harmed by men in her life carried this hatred and a grudge towards all men for it and in turn went so far as ruining a young girls whole future. So I hope with my words on this book you'll take in consideration my views and maybe find it's more than a teen thriller.
Verasententiae said...
on Oct. 31 2012 at 1:51 pm
Great review! I haven't read this book, but from what you informed me in this review, I totally agree with your opinions. It seems rare someone agrees with me on this topic.
livisan SILVER said...
on Sep. 17 2012 at 10:10 am
livisan SILVER, Miami, Florida
8 articles 0 photos 30 comments

View profile
great review, Lois. I was going to read this as I am a feminist myself, but not sure if I want to bother now