The Chronicles of Narnia: The Lion, the Witch and the Wardrobe by C.S Lewis | Teen Ink

The Chronicles of Narnia: The Lion, the Witch and the Wardrobe by C.S Lewis

Once there were four children whose names were Peter, Susan, Edmund and Lucy...

The Pevensie children, during the bombing raids in World War II era London, are sent away to the country to live with a secluded professor. While exploring, little Lucy steps into a wardrobe and into another world.

And so begins a magical journey for the four siblings: one of which, being tempted by an enchanted sweet, sets off in search of an evil witch who calls herself queen, and is trapped and awaits utter peril and doom; the other three, being faithful until the end, set off on an epic journey across an icy wasteland in search of a promised savior and an end to the hundred-year curse, while also fulfilling an age old prophecy.

Synonymous with the name C.S Lewis, The Chronicles of Narnia: The Lion, the Witch and the Wardrobe has become a children's classic unlike any other. With six sequels, one prequel, two extremely popular film adaptions (by BBC and Walt Disney/Walden Media) and a loyal fan-base throughout the generations, The Lion, the Witch and the Wardrobe is a story most of the world is familiar and has fallen in love with, and it's easy to understand why. With its easy-to-read, straight forward sentences, its humor, the action and adventure and peril, it is a story that boys and girls alike will love.

I have known several second graders who have read the story with ease and I'm seventeen, just having read the series, proving that children of all ages--and adults alike--will enjoy The Lion, the Witch and the Wardrobe and its sequels.

Christians of all generations will love the allegorical writing style and will have fun trying to piece other possible allegories in with the Bible. Christians, I believe, will find The Lion, the Witch and the Wardrobe (and The Chronicles of Narnia as a whole) slightly more special and personal, having these allegories placed close to the heart. While the story is an allegorical Christian novel, it's not one that can't be enjoyed by those of other beliefs. Self-proclaimed atheist, Skandar Keynes (portrayer of Edmund Pevensie in Walt Disney's adaptions of The Lion, the Witch and the Wardrobe and Prince Caspian, and also in 20th Century Fox's adaption of The Voyage of the Dawn Treader), considers the novels to be a "take-it-or-leave-it" Christan story and that it's your choice as to whether you take it for what it is, or leave it and enjoy it as a fun fantasy story; he, himself, chooses to leave it.

But Christian or not, The Lion, the Witch and the Wardrobe is sure to find a special place in your heart, whether many years from now when remembered as a childhood favorite or right now as a classic story, and whether you're a fan of the movies or are just discovering the Magic of Narnia. 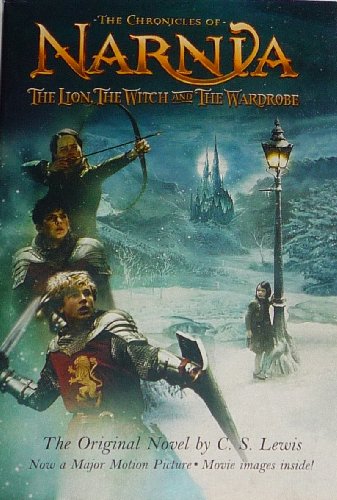