Little Bee is a 16-year-old refugee to England whose village was destroyed by an oil company who wanted the petroleum that the village was built over. It is told after she is released from an immigration center and sets off to find the only people she knows in the country, the O'Rourkes. Sarah is then introduced, a wife, mother, and co-creator of the stylish magazine Nixie. It has been two years since she had scene Little Bee, on a beach in Nigeria, where she had been sure Little Bee had been killed. When Little Bee shows up at her home after her husband's suicide, she begins a struggle to keep Little Bee from being deported and killed by the oil company while coping with the loss of her husband, and Little Bee strives to make up for a mistake she made when she first arrived at the O'Rourke home.

The book Little Bee was one of the most honest, bewitching, wistful books I have read. The weight that Little Bee and Sarah carry on their shoulders is enormous. Both are haunted and together, they try to find a way to work out their troubles. Underneath the womens' stories is the true trials of all the people in Africa whose lives had been destoyed, and how often those people are overlooked. The book brings the issue to the surface and uses Little Bee to show the world the wrongs that have occured in desolate parts of Africa at the hands of greedy corporations trying to sniff out a new source of money.

Although the story of these women is mournful and it seems like Fate has mistreated them, the tale throughout is infused with hope. Hope that life will go on, hope that one person can change the world, hope that maybe the situation they're in isn't nearly as bad as it seems. While reading it and grieving with both characters, I found myself believing that no matter what happened to the two, everything would turn out alright. Even at the end, when it seemed the worst had happened, there was a feeling that life had still not gotten the best of our heroines. I felt, even after the book, the two women would troop on. 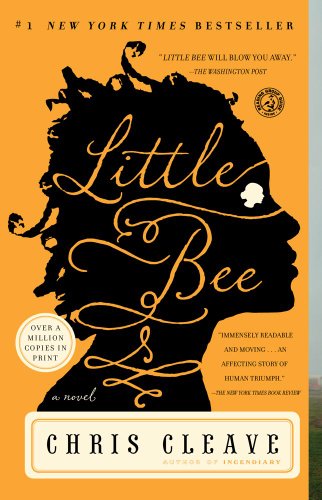