NOTHING LASTS FOREVER by SIDNEY SHELDON

How will you feel if your innocent friend was murdered for no reason by your colleague.
Sidney Sheldon in his book'NOTHING LASTS FOR EVER' describes how a true friend becomes a great
detective to solve her friend's case of murderer.It describes how a human's mind work furiously in
danger times.Sidney Sheldon explained in this book how the human beings are changing in
the course of time

Paige,Kat,Honey are the three doctors came from different place to work in Embarcadero Hospital
.They become roommates after they meet each other.This is a great novel which have good starting
,some twist in the middle and have unexpected ending.Kat fall in love with one of his colleague
named ken Mallory.when they were about to get married,ken Mallory fall in love with another girl
girl.but Kat is already become pregnant by Mallory.To hide this Mallory killed Kat in her
apartment and made it look like abortion.He mixed a chloral hydrate which is a harmful drug in alcohol and make
Kat to drink it.He killed her after Kat drank alcohol but he made it look like Kat tried
abortion herself.Paige who was Kat's best friend understand all the matters and tried to
tell it to others,But no police believes her because forensic pathologist told them that there are only
few traces of trichloroethylene in Kat's dead body which is the harmless analgesic drug.but Kat proved she was right by narrating the police'how dangerous chloral hydrate becomes a
simple analgesic drug trichloroethylene which even can't make any one to sleep.also in
this novel author told how judge Alan Penn save Paige from one trail with the help of a
doctor named Lawrence Barker


My best part in the novel is in the situation when the Paige meets her lover Jason in hospital
who was engineer.At first when Paige saw him she thought she was a doctor and asked him to
wear white coat and asked him to come with her and showed one patient and questioned him 'he's suffering with a
thyroid storm, with fever and extreme tachycardia and asked him'how will you treat him'?
for that Jason replied'i'll treat him gently''.Paige replied'you are not his mother'.Jason
did not told her he was not a doctor because he fall in love with Paige.that's really funny
part of the novel.

Though it's fictional story,it helps me to learn about lot of aspects of life.Really i understand at last
that nothing lasts for ever,even though it's a friend ship or a true love 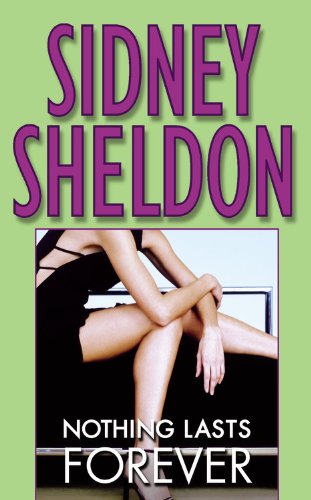 
Buy from Amazon
The author's comments:
best novel i ever read
Post a comment
Submit your own