I Capture the Castle by Dodie Smith | Teen Ink

I Capture the Castle by Dodie Smith

When hearing the word “castle” one often gets images of dashing knights come to the rescue of a pretty maiden, a fire-breathing dragon, and a damsel in distress - not two American brothers who share feelings for the same girl, a, possible insane, father suffering from 12 years of writer’s block, and a girl of 17 who is trying to write the world as she sees it and who gets herself into quite a bit of trouble while in the process of this. I Capture the Castle by Dodie Smith is a beautiful tale of love and heartache, depression and joy, and accepting the people around you as well as yourself.
The novel is written in the form of a journal from the perspective of Cassandra Mortmain, daughter to a famous author, James Mortmain, and a girl who refuses to face the facts of life. Cassandra has followed in her father’s footsteps and is attempting to write a novel herself. The book opens with Cassandra describing the Mortmain’s way of life, their circumstances, and the castle that they reside in, which is crumbling down all around them. They consist of a solitary father, a rather bohemian stepmother, the elder sister who is determined to marry even if it means selling her soul to their gargoyle, Cassandra, a schoolboy, and their servant who is said to look like “all the Greek Gods rolled into man”. The Mortmain’s have run out of money, owe three years rent on the castle, and haven’t paid Stephen, their servant, in even longer. Soon two American brothers arrive in the neighborhood and then the farce begins ending in a happy marriage for one of the girls and a broken heart—or not?—for the other. Of course there’s much more to the story than this, including nude modeling, chiffon dresses, and bears (oh my!), but why would I ruin the fun of reading the novel for yourself by telling you?
In the first few pages of the book Cassandra is talking to her sister, Rose, and writes, "I have just remarked to Rose that our situation is really rather romantic, two girls in this strange and lonely house. She replied that she saw nothing romantic about being shut up in a crumbling ruin surrounded by a sea of mud." Dodie Smith, who also wrote 101 Dalmations, is a tremendous writer who uses such comic language as this throughout the whole of her novel and her character of Cassandra Mortmain is such a relatable and alluring narrator that you feel as if you are the closest friends with her.
I loved this book immensely; I think I may safely call it my favourite novels. The fact that it set in a time in history that is so different from ours makes it seem like there is no way for you to relate to the characters, but Cassandra is still a teenager and a lot of her worries and dreams can be related to the fears and hopes of teenagers in the 21st century.
The idea of castles evoke images of luxurious throne rooms in medieval England and tales of romance, not rat-infested kitchens of green dye in Depression-Era England and stories of broken hearts. But if you choose I Capture the Castle, the latter circumstances are what you shall get, as well as plenty of laughs and occasional tears in this charming story of love, family, and growing up. 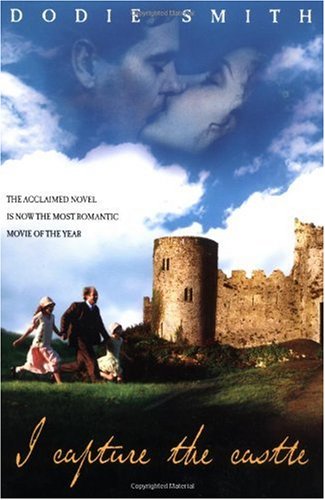 Favorite Quote:
"Be who you are and say what you feel, because those who mind don't matter and those who matter don't mind"- Dr. Seuss

View profile
I found your review by chance because I was wondering if anyone had done a review for I Capture The Castle because I was interested in writting one too, however I can honestly say that I could never have written a better review myself! You've written it so well and described it in a suitable way that makes the reader eager to read this magnifient book. Very well done!  x