The Secret Life of Bees by Sue Monk Kidd

Following the mystery of her troubled past, the struggles of her new found life, and the lessons she learns along the way, The Secret Life of Bees chronicles all that is Lily Owens- a fourteen year old girl living amidst racism, prejudice, and tragedy in the American South. Raised in Sylvan, South Carolina by her abusive father T. Ray, and nanny Rosaleen, Lily soon leaves town after Rosaleen is attacked by a group of racist white men. Their destination is a mysterious town she knows little of, only that it was written on the back of one of her few possessions left to her by her mother. It is there, in Tiburon, South Carolina that Lily learns about her deceased mother, family, love, and community.

Throughout the novel, Lily’s life is guided by bees. The uniting theme of the book, the bees are present during many important events, and share a role in her growth and maturation. Starting from the very beginning, bees helped to stir an epiphany within Lily, leading her to leave Sylvan. They also lead her to her new life in Tiburon, thanks to a honey label. At the honey house, Lily learns to work with the bees, and tends to them carefully. The bees help to symbolize parts of her own life because of similar characteristics they share, such as their perseverance, love for their mother, and their strong united community. These traits run deep through both the bees and Lily, and are strengthened over the course of the book.

Despite losing her mother at the tender age of four, Lily is a strong girl. She lives instead, with an imperfect but kind, boisterous black woman named Rosaleen Daise. While the two love each other very much, Lily feels very much incomplete, and wishes to know more about her lost mom. Starting off as a puzzled young girl, longing for her mother’s touch, Lily goes through many stages of grief and growth after learning that she is the cause of her mother’s death, and that her mom was not a perfect parent as Lily imagined her to be. Through her new found life with the Boatwright sisters, Lily becomes more understanding, sensitive, and hardworking. When she is told that she was abandoned by her mom, Lily turns her anger and confusion into compassion for her very human mother. Lily also displays her emotional development by not trying to escape the truth about her mother, and instead comes to understand the importance and strength of family and community that the Boatwright sisters, May, June, and especially August have helped to instill upon her.

This community and sense of belonging truly helps to develop Lily. Her perspective and understanding about the black community goes from uneducated presumptions, to realizations of their abilities, intelligence and strength along with understanding her capability to can gain courage, support and love from the Daughters of Mary.
The Secret Life of Bees marries together a great deal of themes, symbols, and ideas that all help to shape Lily Owens. Through the people she meets, the stories she hears, the events she witnesses, and the knowledge she gains, Lily grows from an abused young girl into a strong young woman. 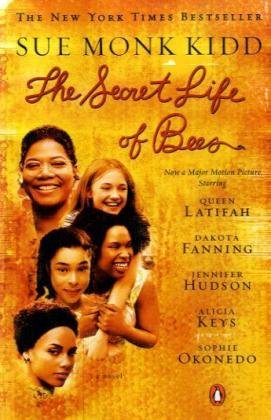