Who doesn’t have at least some vague knowledge of Helen of Troy’s story? Stolen away from her husband, she started a ten year war that caused the destruction of the great city Troy. That’s almost all we know. The rest is left to the imagination. Esther Friesner says this is why she began her book, Nobody’s Princess.

The jacket description only says that Nobody’s Princess is about Helen. It mentions how beautiful she is, how she makes herself some enemies, and not much else. Reading that, I figured it actually took place when she was kidnapped by Paris. Boy was I wrong. Helen is four when the book begins, and slowly she ages as it progresses. Only at the seventh chapter is she finally fourteen, the age she will be for the rest of the book. I wouldn’t have minded this, it’s still an interesting concept, had not Friesner gone about it the way she did.

Helen starts out as being a selfish brat, and it takes all of a couple pages for her to grow into being an arrogant, meddling one. Her voice stays the same over the course of ten years, and although she informs us of how she’s growing and learning, we don’t witness much change.

I kept expecting something to happen, something to get the plot rolling, but around page one-hundred, I realized there was no plot. It stayed that way for the remaining two-hundred or so pages. Helen goes from one setting to the next, from one friend who will either help or hinder her to another, from a pointless danger she’s gotten herself into to another pointless danger. None of these form any sort of flowing story, but seem like separate stories in themselves. 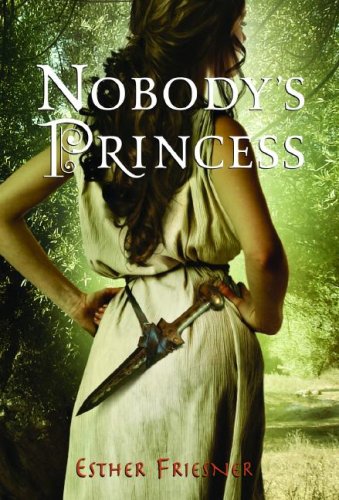 Previous Next
Reviews
All American Girl
By saltyprengles BRONZE

Favorite Quote:
~Hope. Faith. Love~
~Be proud of who you are.You are all unique in a different way.~
~I WILL NOT fade into oblivion , and become less than
a distant memory.~

Your review is fantastic.

Remember to not give too much away