The Sign of Four by Sir Arthur Conan Doyle

Ages ago I wrote a review for A Study in Scarlet and, what with my love for Sherlock Holmes having grown into a slight obsession; I figured it was time to review another Conan Doyle novel. The Sign of Four, sometimes called The Sign of the Four, is the second of Conan Doyle’s four novels and in many ways it’s very similar to Conan Doyle’s first novel, A Study in Scarlet. The similarity between the two novels is clearly visible through structure and in the way the story is told. The novel circles around a mystery in 1880’s London with flashbacks throughout that tie up the loose ends of the mystery. But like any good writer should, Conan Doyle looked to Scarlet and noted what didn’t work in that novel, making this far and away a better book.
Holmes and Watson are presented with a “very singular mystery” according to Watson when Miss Mary Morstan, the governess to a respectable London family, arrives at 221B Baker Street. Ten years before the beginning of the story, Miss Morstan’s father came to England to visit her as he was on leave from the army. But before young Miss Morstan could see him, he disappeared. Four years after his mysterious disappearance, Miss Morstan received a pearl with no apparent sender. For the next six years, once a year, she receives another pearl, with no knowledge of who her generous friend might be. But after seven years of receiving the beautiful stones, her benefactor finally asks to meet her and this is what brings her to seek out the assistance of Sherlock Holmes. She explains the story to them and reveals that her benefactor is allowing her to bring two friends with her who she, unsurprisingly, deems to be Holmes and Watson. Apart from the strange circumstances, Miss Morstan also says that her father had a single friend in London that he might have seen all those years ago on his visit, a Major Sholto. Holmes soon discovers that the same Major Sholto died almost a week before Miss Morstan began receiving her annual pearls.
The three set off for the rendezvous where they meet the son of the late Major Sholto, Mr. Thaddeus Sholto. Thaddeus tells them of a secret treasure that his and Miss Morstan’s late fathers had found. It’s revealed that Major Sholto was afraid of a man with a wooden leg, which I found amusing…Treasure Island anyone? Thaddeus says he thinks Miss Morstan is the true heiress of the treasure and he sent the pearls to her because he had always felt guilty but now he is going to set everything right. He takes them to his brother’s house, where the treasure has been hidden away, but when they arrive they find Bartholomew Sholto dead! But I’ll leave it at that because any more will just ruin the mystery!
I’ve loved every Sherlock Holmes story I’ve read, and The Sign of Four was absolutely no exception. The mystery itself is wonderful, full of clever twists and turns that only Arthur Conan Doyle could create, but the large role Mary Morstan plays in the story, and in the life of Watson, made it all that much more enjoyable. Miss Morstan is a strong, independent woman, a rare thing in Victorian literature, and she doesn’t let anything frighten her. She’s one of the few minor female characters in classic literature that I admire, definitely not portrayed as an emotional wreck like most women in the Victorian age were. But I, being the romantic that I am, also loved the fact that she is Dr. Watson’s future wife and Conan Doyle bases a whole story around the woman. Maybe that’s just the geeky side of me peeking through as well as the romantic, but I thought it was great.
I have no shame in admitting that I love staying up late reading mystery novels with a cup of tea beside me and a blanket over my shoulders. Often the mysteries I read are a little silly and would definitely not be considered “good literature,” but when I read Sherlock Holmes I can enjoy my lovely mysteries while being happy with the knowledge that I’m reading the words written by a Scottish physician in the 1880’s and that have been loved and treasured (pun intended) by millions of readers since then. 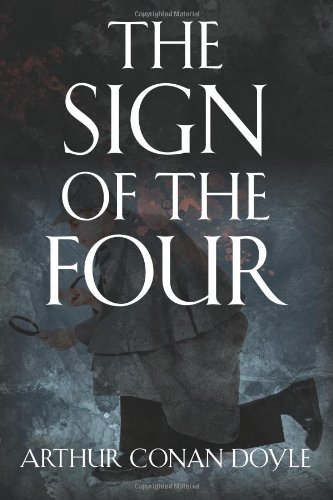