Favorite Quote:
I'm still a geek on the inside, that's the important thing.

Undoubtedly, you’ve heard of Carrie. It’s a classic thriller, and as Stephen King’s first novel it served as the beginning of a legacy. Focused on a bullied girl who avenges her offenders through her special power, this psychological thriller is one to be reckoned with. Character descriptions were excellent; each character seemed to have his or her own distinct voice. The story line was well-crafted from start to finish, and enough foreshadowing was present to keep the reader intrigued. The antagonist, one of the girls from Carrie’s school, is portrayed as pure evil. Never once does she think of Carrie’s feelings, since she believes Carrie can do her no harm. This aspect of the novel isn’t too far off from the truth of today, and has even grown to paramount infamy through other high school dramas. However, I finished this novel looking for something more. Sure, it’s an unreplicable tale, but it didn’t leave me searching for morals in the craft or filled with a new realization. At times, I found there to be too much unnecessary details or repetition. Also, the passages would sometimes delve into Carrie’s thoughts randomly, which were confusing most of the time, but definitely gave important insight. I believe that these passages could have been used more affectively if the syntax had been delivered in a better manor. As well as randomly jumping into Carrie’s thoughts, excerpts from made-up books and separate eye witness reports are present throughout the novel. I appreciate that King tried to capture the point of view from as many characters as necessary, but I found it ending up as repetitive and sometimes confusing. Carrie displayed King’s talents very clearly, and after the release of this novel, public interest in horror-fiction spiked--it’s no wonder he’s gone down in history as the “King of Horror.” However, first isn’t synonymous with best, especially in the case of an author with over 60 published works. 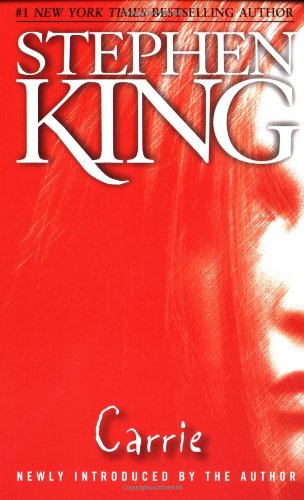