13 Reasons Why by Jay Asher MAG

It's not often that you read a book and find yourself unbearably attached to a character who's already dead. However, through the unique telling of her story, I couldn't help but become attached to Hannah Baker. Her story is told by herself, or rather her voice, through cassette tapes that Clay Jensen finds on his porch. Thirteen cassettes, thirteen reasons. Reasons for what? Reasons for why Hannah ultimately ended her life. And behind each of those ­reasons is a person who receives one of the tapes.

This book is incredible. As I followed Clay around town, reliving each of the experiences that brought Hannah closer to her decision, I found myself holding my breath, tearing up, and curled up in gloomy anticipation. Yes, we all know the ending; she dies. However, there is a quick twist at the end. And we learn a great deal about Clay and his futile crush on Hannah. Also, since he received the tapes, was he also a reason for her suicide? This book is sad, yes, but very well written. There is actually a bit of a happy ending, in a way, though I won't spoil it. You'll have to read it yourself.

After finishing 13 Reasons Why, I found myself looking at those around me, wondering what they wonder about, thinking about who might have hurt them, physically or emotionally, and where they plan on going in life. This is a book that humbles the reader, and makes you think carefully about what you say next, as well as who you see next. 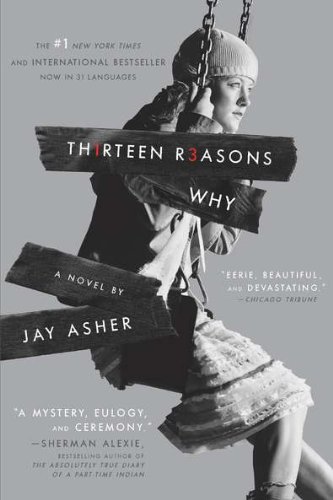 
Buy from Amazon
The author's comments:
I read this book awhile ago, forced my friends to read it, and then decided to share the tears and Oh-God-I-loved-it's with others as well. Enjoy.
Post a comment
Submit your own

View profile
Thank you! I actually wrote this out of the blue about a year after first reading it, because a friend of mine recently tried to kill herself and this book came to mind. Naturally, I made her read it. :) Thanks for commenting.
-hannah- SILVER said...
on Nov. 28 2012 at 5:35 pm
-hannah- SILVER, --, Other
6 articles 1 photo 12 comments

Favorite Quote:
"The books that help you most are those which make you think that most. The hardest way of learning is that of easy reading; but a great book that comes from a great thinker is a ship of thought, deep freighted with truth and beauty."

View profile
Great review! Summed up the book perfectly, well done :) I only read the book about a week ago and I loved it. You're right in saying it's really rather sad but there's almost a sense of relief at the end.