Meant To Be by Lauren Morrill | Teen Ink

Meant To Be by Lauren Morrill

Ever since she was little, Julia’s parents have been telling her all about their honeymoon to London. Julia has nothing but happy memories of her parents, right up until when her dad died. After that, she and her mom continued their close relationship, but without a father in the picture. Nevertheless, Julia’s dream has always been to visit London, tour Stratford-Upon-Avon, and go to the little antique shop were her parents bought their wedding rings. So, when the opportunity finally arises in the form of a school trip during vacation, Julia did NOT think she’d be spending her dream trip stuck with Jason Lippincott. Jason is the class clown, perverted, rude, annoying, and the guy who stuck tampons in Julia’s locker in ninth grade. Of course, Julia nearly gets a heart attack when the teacher announces that she will be paired up with Jason for the duration of their stay in London. From day one, Jason drags Julia around to parties with random strangers, gets her drunk, loses her beloved pocket-edition Shakespeare collection, AND gets them both stuck in an open field during a thunderstorm. But after the party, Julia begins receiving mysterious texts from a secret admirer she met during the event named Chris. She decides to make a deal with the devil (a.k.a. Jason): if he helps her find Chris, she’ll write all his essays about the vacation. As they both scurry around London attempting to find the enigmatic Chris, Julia unexpectedly runs straight into the arms of True Love. 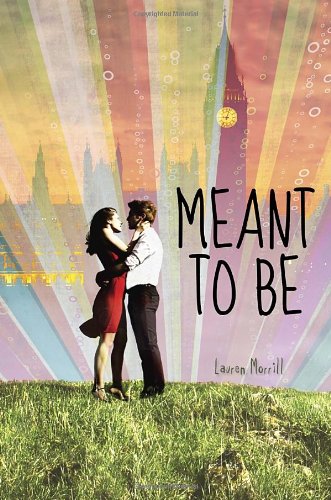 
Buy from Amazon
The author's comments:
I give this book 4.5 stars out of 5. Literally right from the beginning, the story captured my interest with its twists, turns, subtle seductions and mystery. It takes place in a believable setting (London) and includes many real-life places (Stratford-Upon-Avon, the Thames River, the London Eye, and more). Lauren Morrill's story sparkles and twinkles right off the page and into your heart.
Post a comment
Submit your own