Chocolat is a poignant novel which deftly illustrates how much people are capable of changing themselves and the people around them. The protagonist Vianne Rocher is an avid wanderer and somewhat of an amateur witch. When she finally alights in a devoutly Catholic French town, she establishes a flamboyantly cheery chocolate shop. Her liberal, “big city” ways enrage the head priest, Francis Reynauld, a serious leader who preaches self-denial and hides a dark secret from his youth.
The true charm of the novel lies in the way Vianne subtly empowers her new friends to overcome the hardships in their lives. Armande is an eccentric old woman who secretly flaunts red underwear under her mourning dresses and fervently argues to Vianne that she will enjoy her favorite chocolates despite her diabetes, because there is more to life than just surviving. She would rather end her life on her own terms after having fun in old age than lose her independence by moving into a nursing home. Her last wish, to finally reconcile with her grandson, is granted when Vianne arranges for them to meet at the chocolate shop. While those around her are only focused on avoiding death, Armande is now completely unafraid of the end because she feels she has lived her life with no regrets.
Vianne’s new friend Josephine, who initially appears as a petty thief, is later revealed to be a victim of domestic abuse. Initially, Josephine is consumed with self-blame for staying with her husband for so long, but will not divorce him from a combined fear of the church and his violence. She envies Vianne her traveling freedom and feels trapped in the town. Throughout the novel, Vianne helps Josephine to act on her inner courage and establish a career for herself. Gradually, we see Josephine honing her sense of self worth, displayed in small ways as she dresses in brighter colors or begins to venture outside of the shop alone. These small triumphs become as touching as Armande’s passionate crusade for carpe diem.
Though Chocolat addresses many serious issues, including that of corruption within the Catholic church, it remains dedicated to the changes the characters bring about both for themselves and their friends through sheer willpower. The book is a message for human empowerment as much as feminine empowerment. Harris boldly paints an image of hope that we are all capable of forging a better fate for ourselves. Her writing is eloquent, her characters fragile and strong and human. Her message is a beautiful one, sweetly swirled within the descriptions of hot cocoa and pralines. 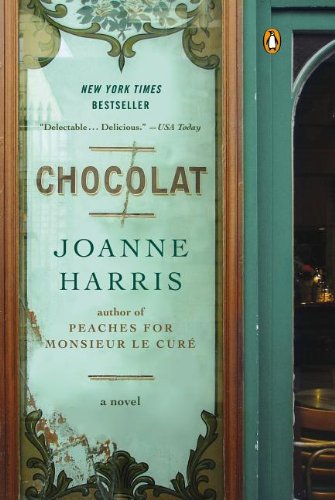