I discovered the Mistborn trilogy from a BuzzFeed list of fantasy books which should be read despite their awful covers. I was excited to read about the street urchin Vin and the enigmatic thief leader Kelsier. From the plot summary, I expected this book to be Ocean’s Eleven meets Lord of the Rings, an ensemble cast of off-kilter, genius personalities scheming to take down a human Sauron (their evil Lord Ruler). Disappointingly, Sanderson never pauses to polish his host of thieving personalities. Kelsier’s right hand man Dockson lacks any trait but his hatred for the nobility, his one-dimensional portrayal making it hard to sympathize with his difficult past. His friends Breeze and Ham fulfill archetypes, the overly suave wine connoisseur versus the honorable soldier, their bickering a tried-and-done comic diversion. Even gnarled Clubs, the Mad-Eye Moody persona, manages to disappear after his dramatic introduction, vanishing into the backdrop of the plot as it progresses. With the exception of one or two well-done plot twists toward the conclusion, the novel manages to flatten a promising storyline with over-attention to technical details and under-attention to character development. We as readers are already certain of Vin and Kelsier’s ultimate success once they face the Lord Ruler, but Sanderson struggles with keeping us invested in their journey anyways. Even after the climax of the novel, there are two more books to go: the sequels are much more well done, but if it hadn't been for my determination to finish all series I start, I would have found little reason to continue past book one. 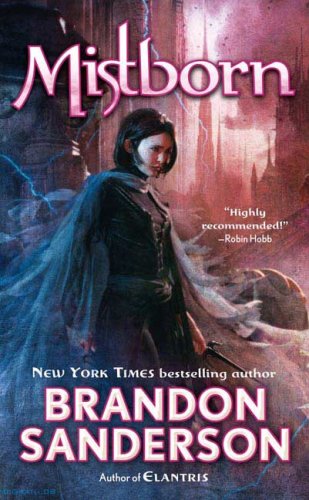