The Crucible by Arthur Miller

When a group of girls is found dancing naked in the woods of Salem, Massachusetts, Reverend Parris’s daughter Betty falls into a wakeless slumber, and witchcraft is to blame. Abigail Williams, Betty’s cousin, seems to have it all figured out as she accuses the whole town through and through of reddish work. Meanwhile, Abigail’s true motives lie in somewhat lustier territory: to be the wife of John Proctor, the man with whom she had an affair. Gone is the innocence of Abigail’s youth as she wedges herself between Proctor and his wife, Elizabeth, whom Abigail promptly charges with black magic. Elizabeth, along with many other women in Salem, is wrenched away from her family and thrown in jail, pressured to either admit to being a witch or hang for pleading innocent. What starts out as a quest for a lover quickly turns into a ruthless, bloody massacre.


No one is safe from the noose. 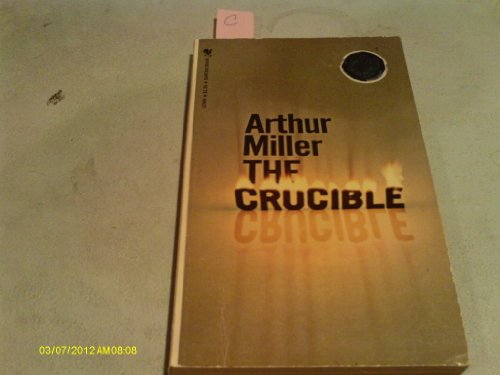