Land of Stories: Beyond the Kingdoms by Chris Colfer | Teen Ink

Land of Stories: Beyond the Kingdoms by Chris Colfer

One amazing book that I read recently is the “Land of Stories #4: Beyond the Kingdoms”. The author of this book is Chris Colfer who is also a movie and television actor. Colfer is only 25 years old, and was born in and currently lives in California. There are three other prequels before this book where the main characters, Alex and Conner Bailey find out that their grandmother is the fairy godmother and lives in a different fairy tale dimension. They then explore and save the fairy tale world from the evil Enchantress, and the Masked Man who wants control over the kingdoms. The fairy council promotes Alex as the Fairy Godmother in training. In the previous book Alex accidentally witnessed that the Masked Man’s face is exactly like their fathers who was killed in a car accident in their world. Their grandmother (the previous godmother) also passes away. Instead of being their father the Masked Man is actually their uncle Lloyd, who was the “ugly duckling” of the family and had turned evil. Only Mother Goose, one of the Fairy Godmother’s friends and their grandmother knows about Lloyd. I would rate this book to anyone who likes fast paced thrilling adventure books full of surprises or anyone that enjoys fantasy. I loved this book because it blended the fantasy of fairy tales with fiction and also a bit of humor. This series is also one of my favorite ones because it is light, fun, and humorous but also goes into complicated details as well as deep concepts.

In this book Alex then tries to explain to the fairy council that the Masked Man is their father, but they won’t listen to her and think about some other kingdom kidnappings. Alex then infuriates and gets mad at the council. As a consequence she is ungodmothered and is kicked of the council! Conner, Alex, Queen Red Riding Hood, Mother Goose, Goldilocks, and Jack from the Beanstalk team up and find out about the Masked Man’s identity and that he is living in a cave. They find out he has gained the potion to go inside books so he can recruit literary villains to help him form an army. They follow him inside the Wizard of Oz, Alice in Wonderland, and Peter Pan, where he befriends the Wicked Witch of the West, The Queen of Hearts, Caption Hook and their armies too. When they try to stop him Alex and Mother Goose are sent into Camelot and Conner, Peter Pan, and the Tin Woodman are sent into Robin Hood. They create the book potion with an ancient branch of a tree, a true love’s lock, a fine pheasant’s feather, two weeks of moonlight and a spark of magic. When Alex wants to leave Mother Goose falls in love with Merlin and does not want to return to the fairy tale world. When they leave the stories they find that it is too late to stop their Uncle Lloyd, so they set off into other stories to make good literary armies to fight off the bad ones. The final book in the series will come out in the summer of 2016 and will continue the rest of the adventure of Alex and Conner Bailey. 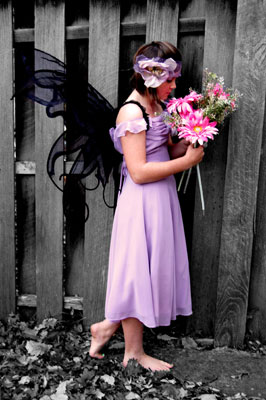