Far Far Away by Tom McNeal

I enjoyed this book greatly. Tom McNeal has a way with words which tugs the reader alongside the characters in their journeys. McNeal plants sneaky clues before throwing his readers a shocking twist in the plot that had me facepalming for not foreseeing it. Not once did I think of abandoning this book; it held my attention from the first word to the last.

Jeremy Johnson Johnson (yes, that is his name) has an innate and unheard-of ability: he can talk to the ghost of Jacob Grimm. Jacob is stuck in Zwischenraum, a.k.a. limbo, the place between life and death. He cannot pass into the afterlife until he finishes his duties. Jacob is told of a boy in a town called Never Better that has been known to hear the voices of those in limbo, so he sets out to find him. When he does, Jacob learns that Jeremy is in danger. The Finder of Occasions, a person set out to hurt Jeremy, lives in the same town. Jacob devotes as much time as he can to seek the identity of the mysterious Finder of Occasions and protect Jeremy. Along the way, Ginger Boultinghouse, a provocative red-haired girl with a knack for adventure, slips into Jeremy’s life. Together, with the help of Jacob Grimm, they unravel the mystery of the Finder of Occasions, but not without the constant uphill battle to preserve their own lives. 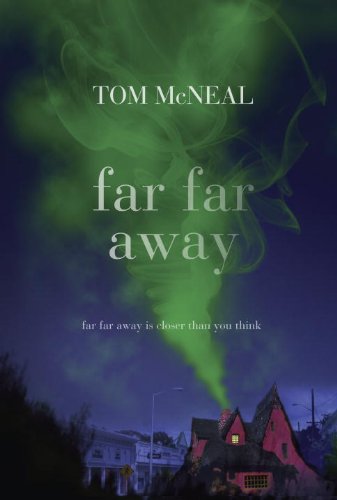 Favorite Quote:
"Kindness is the language which the deaf can hear and the blind can see." - Mark Twain

View profile
Thank you!! I will :)
Admirer said...
on Apr. 8 2013 at 9:53 am
Tom McNeal surely has a way with words, I agree, and so do you, PeaceLoveCrosscountry. I read your work on Teen Ink and liked all of it. Thank you for another wonderful book report. Keep up the good work!