Jaws is an absolute classic that revolutionized the film industry. Although there had been scary thrillers before this movie, this was the first horror movie to be realistic, look realistic, and scare the everyday man by taking a popular activity, like playing at the beach, and turning it into something horrifying. It all starts when a young woman goes skinny dipping and gets killed by a shark in the Amisty, which happens to be a New England touristy town.  The police chief in the movie, Martin Brody, tries to shut down the beaches, but the mayor, Larry Vaughn, overrules him, fearing that this will cause the town to lose all of their revenue from tourists. When another kid gets attacked by a shark, the police chief is willing to do whatever it takes to save his people. An ichthyologist, Matt Hooper, and a tough ship captain, Quint, offer their efforts to help to take down the mighty beast. The trio does their best to challenge the apex predator in a battle for the ages between man versus nature.

This movie has it all: intensity, entertainment, excitement, adventure, and Spielberg at his finest. The fact that the film stood ground-breaking at the time that it was made and that it still considered one of the greatest movies of all time, over 40 years later, showcases the brilliance that is Jaws. The plot of the movie flows nicely, and the music that is associated with the fierce-some shark has become iconic. All of the scenes that have sharks are thrilling and force the audience to instantly move to the edge of their seats. This movie received an exceptionally outstanding 97% from Rotten Tomatoes, and even that feels a little low for this superb masterpiece. Although the visual effects of the movie aren't amazing, per say, they were really good for the time the movie was made. The actual story of the movie is really good and showcases an incredible fight between violent mankind and mighty nature. The ending of the movie is fantastic and is an excellent way to end of the coolest battles in movies. Simply put, Jaws is an absolute must see for anybody and everybody-it's that good. 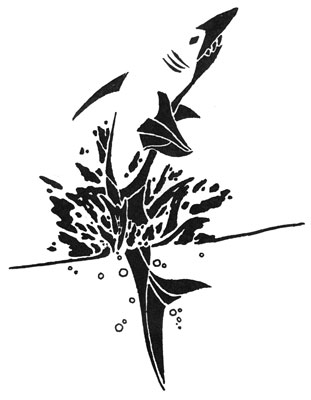 Simply put, Jaws is an absolute must see for anybody and everybody-it's that good.