When Arthur Miller wrote in Death of a Salesman, “The only thing you’ve got in this world is what you can sell,” he likely didn’t have the 1820s Oregon Country in mind. But those words fit early nineteenth century America like well-worn leather boots -- at least according to “First Cow,” the subtle, simple, and masterful new film by Kelly Reichardt.

In this case, the salesmen are Otis “Cookie” Figowitz (played by a charming John Magaro) and King-Lu (a dreamy Orion Lee), two wanderers built for friendship and the frontier. After word breaks out about the arrival of the first cow in the territory, the two strike up an artful little gambit to secretly milk the cow and use its product to fix and sell what are little more than fried balls of dough dusted with cinnamon and honey. Of course, they’re marketed as “oily cakes.”

If only the ensuing tale were that simple. But the big brown bovine that arrives on a wooden plank to banjo music soon steams King-Lu and Cookie’s scheme toward an elaborate game of risk. As villagers, including the potent and pompous owner of the cow, begin cashing in for a taste of the cake, the plot becomes a miraculous time bomb tale of gumption, scarcity, and sneakiness. Or, capitalism.

The weight of an emerging economy troubled by wealth disparities can be felt throughout. Big industry and modern technology are sleeping far in the future. But gambling, lavish dreams, and basic financial intuitiveness run high. (When one day a customer tells Cookie to make more oily cakes next time, another responds, “They wanna keep them prices up, they’re not dumb.”) Equally pronounced, though, is the framing of lush greenery and gleaming rivers and chirping birds and fresh soil. It’s a sight almost biblical to behold, as if excerpted from the oeuvre of an artist enchanted by Romanticism; the positioning of nature against human subjects constantly reminds us that the extant troubles of free enterprise and other intangible constructs are entirely our doing.

That’s one persona of the film. Except “First Cow” is also a romance of sorts. Even when the baking spree turns deadly, the film’s energy derives from the aura of patient mystery and curiosity running through King-Lu and Cookie’s joint presence. The dairy conspiracy does not match their personalities; the two are taciturn, off-beat outsiders who run their mouth less than the locals, unable to afford pretense or presumption. Friendship is their most valuable commodity. It is a take on masculinity that, for those committed to a belief in American exceptionalism and virility throughout history, would have otherwise been implausible. King-Lu and Cookie’s American Dream was ultimately their forged kinship, which served as both a necessity and a luxury of its own -- not a confirmation of grit. I’d buy that wholesale. 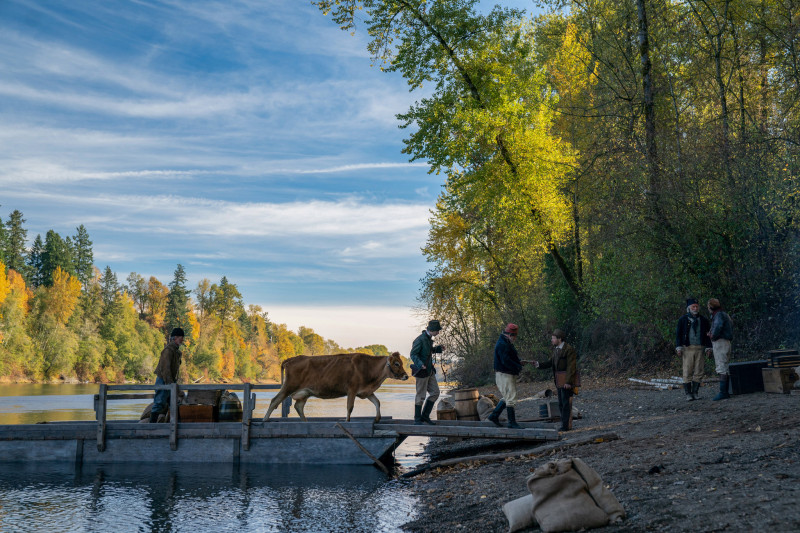