Scott Turner (Tom Hanks) has his life turned upside down when the town drunk is murdered, leaving behind no one but his equally drunk dog, Hooch. After tossing one dog catcher off a pier and sending the other running for her life, no one is left to take Hooch, but, you guessed it, neat-freak, Scott Turner. "This is not your house!" That is the rule Scott tries to instill into Hooch's mind, although it doesn't work as well as he planned. While attempting to solve a murder and keep his house in one piece, Scott has got his hands full.

This is a classic Tom Hanks movie. It's a funny, heart-warming film centered around the monstrous, hideous Hooch. This movie will have you laughing, crying and then laughing again. From jumping through a closed window, locking Scott out of the house, eating his car and utterly destroying Scott's house, it's hilarious from beginning to end. If you haven't seen "Turner and Hooch" yet, gab some popcorn, sit down with your friends and get ready to laugh out loud (you may also need a tissue or two). 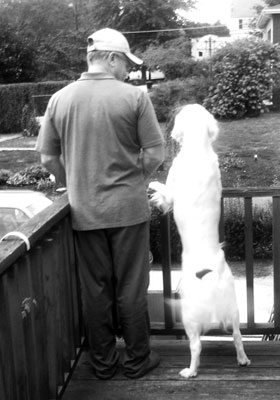