Disney's The Chronicles of Narnia: The Lion, the Witch and the Wardrobe | Teen Ink

Disney's The Chronicles of Narnia: The Lion, the Witch and the Wardrobe

During the bombing raids of World War II in England, four children (whose names were Peter, Susan, Edmund and Lucy) are sent to the countryside to live with a secluded professor.

While playing hide-and-seek in the professor's enormous mansion, Lucy discovers a wardrobe hidden away in one of the many spare rooms. While hiding within it, she discovers a magical world, thus bringing her and her siblings into an adventure they will never forget.

Based on the children's classic by C.S Lewis, Walt Disney's adaption of The Chronicles of Narnia: The Lion, the Witch and the Wardrobe is a rarity among Hollywood adaptions; it does the original story the justice it deserves. While some may be quick to point out the few differences between the book and the film adaption, the changes are so slight, many won't notice and those who do (like myself) will find that the film is still true to the story and that these changes only work to make Disney's The Lion, the Witch and the Wardrobe a classic in its own right.

There are two changes that I have noticed and the first is obviously the dialogue, since one complaint many adults have with the book is that the dialogue of the children is often unrealistic. The screenwriters made the dialogue realistic and yet still true to the time period. One change in the dialogue I was quite pleased to see was in the chapter “The Hunting of the White Stag.” As a seventeen-year-old, this dialogue confused me; I can't imagine how an eight-year-old would feel reading the Kings and Queens' conversation.

The other change made was one in Susan's personality. In the book, she was described as optimistic, yet somewhat timid. She was often portrayed as a slightly more reserved than Lucy's naive, trustworthy personality. In the film, she is portrayed more realistically as a pessimist, careful, not wishing to find herself in any danger. Giving her this type of personality, it's easier to have Edmund play off of her.

As I said, these changes have not changed the story or ruined it; in fact, I feel that they magnify the true classic and bring the Magic and wonder of Narnia to the new generation. And even with the changes, it's quite humorous to think of what small details, that could have easily been left out without anyone realizing, are snuck into the film, enhancing the classic feel of the story.

Did anyone notice the three mothballs falling out of the wardrobe when Lucy first opens it? Or who knew that a blue-bottle was the fly dying on the windowsill? These additions of small details are just one more reason why Walt Disney's The Lion, the Witch and the Wardrobe is a classic all its own and is an adaption that C.S Lewis himself would be proud of. 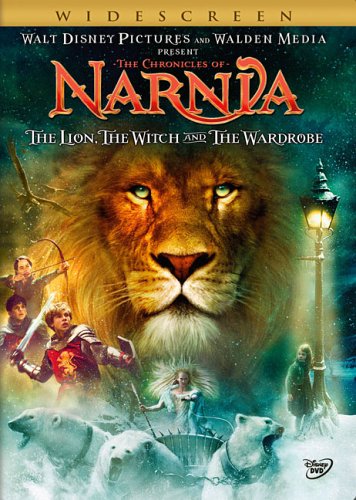