“La la, la la la la.” The Smurfs. Yes the little blue guys who are always happy and joyful. And after never watching the TV show, I was lost through a lot of the movie and frankly at parts, my popcorn was more interesting! To my little brother, the movie was great, but he’s 12, and I’m in high school.

The movie is supposed to take a new approach to the all beloved, classic, show, The Smurfs. Bringing the mythical, little, blue creatures, on an adventure to New York. Mostly featuring the Smurfs of Papa Smurf, Smurfette, Clumsy, Gutsy, Grouchy, and Brainy, with a few times seeing other smurfs such as Narrator Smurf.

Being a children's movie, it wasn’t so interesting to me and the movie seemed pretty annoying. Every few seconds the word “smurf” would be used like it was some type of glory word. The Smurfs would make up words like “Smurftacular”, or maybe “Smurfing”. No matter what words where used, there seemed to never be a line that missed the word smurf!

When you grow up with the good, old classic, Disney movies like the “Lion King”, you soon learn that those movies were better than almost all others, and by the time we were 11, we could predict the end of any children’s movie. Before the smurfs even got to New York, I had already known the ending of the movie. And I was correct on it!

The movie was great for little kids, and people that are filmier with the classic Smurfs. I didn’t enjoy the movie as much as I hopped I would, but some might find it cute and classic. It all depends on the type of movies you enjoy! 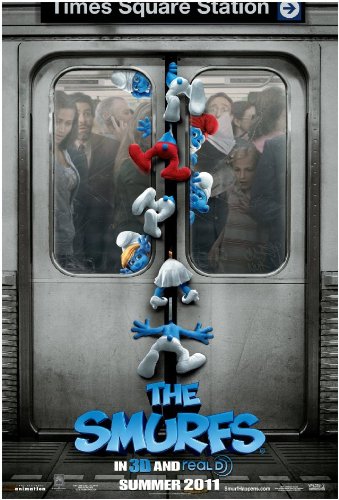