The Hobbit: An Unexpected Journey

Director Peter Jackson’s latest exploit into the world of Middle Earth has long been anticipated by fans of J.R.R. Tolkien’s famous series as well as enthusiasts of the previous movies. Almost three hours in length, “The Hobbit: An Unexpected Journey” is the first of two films that will serve as prequels for the Lord of Rings Trilogy. The film follows the transformation of the naïve and timid Hobbit, Bilbo Baggins (Martin Freeman) into a bold and well traveled adventurer, as he journeys through the beautiful world of Middle Earth on quest that will test his courage and resourcefulness. Many new characters are introduced into the plot, including the rambunctious group of dwarves who join Bilbo on a crusade to gain back their gold-filled kingdom beneath the earth that has been seized by the dragon, Smaug. Those familiar with the previous films will be pleased, however, to see familiar faces in reprising roles, including those of Gandalf (Ian McKellan), Frodo (Elijah Wood), and Gollum (Andy Serkis). The film is faithful to the book in many respects, though Jackson has included additional backstory and characters that were nonexistent in the book. Still, any Tolkien-lover is sure to feel thrills when they hear the dwarves singing of their “long forgotten gold.” Those with high expectations regarding graphics will not be disappointed. Once again, Peter Jackson has expertly manipulated CGI, creating believable monsters and alluring landscapes. “The Hobbit: An Unexpected Journey” is in many ways much like the book it is based on. Full of adventure and comedy, it is an exciting story that is easy to appreciate. While it lacks the finesse of Jackson’s earlier films, “The Hobbit” still serves as a welcome relief from the lull of blockbusters during the winter. 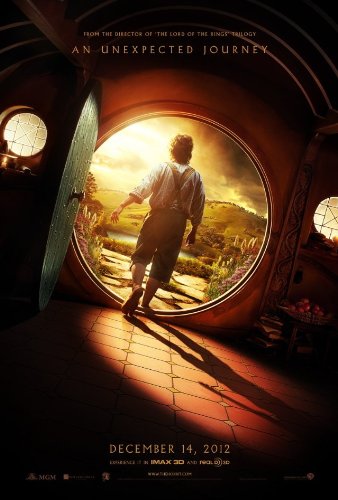 View profile
i guess you wrote this before it was known that it was gonna be 3 movies?