Days after the release of Iron Man 1, fans were clamoring for a second movie, and even a third. Starring the witty, and dazzling Robert Downey Jr as the playboy, billionaire, philanthropist Tony Stark, the Iron Man movie had a perfect mix of humor, action, and brilliance that appealed to small children and older audiences alike. Iron Man became one of the most popular characters in the Marvel franchise, winning over the hearts of many with his big ego ,charisma, and innovative inventions. Those who were fans of Tony Stark’s appearance in Iron Man 2, and The Avengers (where Tony is joined by an ensemble of other superheroes including Captain America, and the Hulk to fight to defeat a threat to the entire world) will not be disappointed by the newly released Iron Man 3. Not only does the film live up to many fans’ expectations, but it exceeds them.
Set some time after the events of the Avengers movie, Iron Man 3 begins with Tony Stark suffering Post Traumatic Stress Disorder from his frightening experiences and close shave with death. Soon, however, Stark meets his most dangerous enemy yet, and is stripped of all he holds dear. In the ensuing 130 minutes, Stark must discover whether he can face the world without the protection of his suits, his money, or his friends.
Robert Downey Jr is joined by a cast of excellent actors including the talented Gwyneth Paltrow as Tony’s assistant and love interest, Pepper Potts, Ben Kingsley as the sinister Mandarin, and Don Cheadle as the Iron Patriot, as well as many newly invented suits that will excite fans of the original Mark I suit.
Expertly directed by Shane Black, the film is not only a rip-roaring start to this year’s summer of movies, but it is also well-crafted and entertaining. 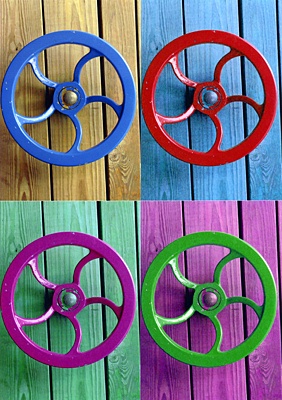