"John Tucker Must Die" is a movie to die for. Well not really, but this romantic comedy contains what the average teen would want to do to a guy who plays with many hearts. This fun-filled story has many confusions as well as truths. It's a story of one very attractive guy,played by Jesse Metcalfe, who thinks he is the school's stunner. For him, there will be no sorrow when it comes to three girls plotting against him. Will John Tucker (Jesse M.) ever realize how valuable love is?
John Tucker also known as the basketball jock, has what he thinks is the perfect love life. He has three girls who fall victims to his charming and sexy personality. The last thing he needs is for them to find out and plot against him. Heather (Ashanti), Beth (Sophia Bush), and Carrie (Ariel Kebbel) are drawn to the truth when Heather over hears Carrie saying that she is dating John Tucker. The confrontation is brutal as all three girls begin to argue and throw balls at each other. Somehow Kate (Brittany Snow) gets wrapped in this conflict as the bait to get back at John Tucker.Like they say, "Don't get mad, get even."
Kate is the one that will make the girls plan a success as she plays hard to get. Therefore making John Tucker eager to be with her. As John falls for Kate the more fun it is for the girls to scheme another plan. Kate seems to be falling for John Tucker, yet she is actually after his brother Scott Tucker (Penn Bagdley). This will turn out to be one journey of love for John Tucker.

Never have I seen such a romantic comedy that can be so painful at the same time. These enthusiastic characters all play their parts and actually fit it. John Tucker especially is perfect as the hot guy every girl drools over. This is one movie that can give any girl an idea on how to get even with her ex. If you love to laugh, yet are romantice then you should go and buy this exclusive movie. Don't have money, then just go rent it. Nobody wants to miss a second of romance/comedy right? 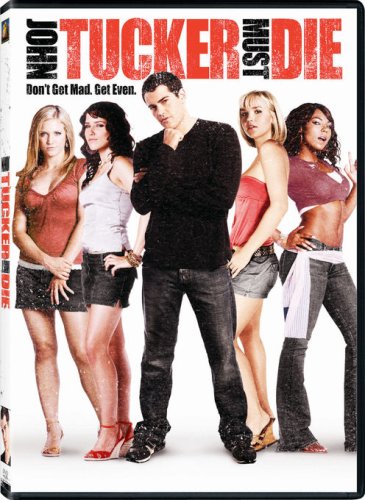