The Act of Killing | Teen Ink

The Act of Killing

"We were more cruel than the movies."


I will be analyzing the editing of two scenes from Joshua Oppenheimer's documentary The Act of Killing (2013). In a scene that takes place more than half way through the film Anwar Congo and other death squad leaders promote their own film on a show. The audience is mostly a sea of orange, members of the paramilitary group Pancasila Youth who oppress and corrupt Indonesia. Shots of the audience in rapt attention cuts to Anwar answering questions about why it is so great that they exterminated the communist. Then the film does something that only happens the once in its 115 minute run: it cuts to several men and a woman who work the editing room for the show our "stars" are appearing on. It is the only time in the film when we see the killers from the point of view of others outside their group. They argue that Anwar must be haunted by the thousand or so people he has murdered. Cutting to these people reminds the audience of their role as a spectator and the role of media in presenting an image that is not true and celebrating such violence.


The second scene I will analyze takes place very near the end when Anwar is on the verge of truly realizing the depth of what he has done. It could be argued that these last scenes are staged, since most of these "actors" have actually proved to be quite convincing at certain moments. During this scene, we find Anwar watching footage that Oppenheimer and his crew have put together of an staged reenactment. It cuts back and forth between a stylized edit, which makes it look more ridiculous, and Anwar's approving reaction. He has a moment of epiphany, after waking up his grandchildren to watch, where he says he finally understands what his victims went through. However, Oppenheimer responds that he can't possibly know because he, Anwar, knew he was in a film while his victims knew they would really die. There's an edit when it cuts from an emotional Anwar saying he really did feel what his victims felt. After the gangster reenactment Anwar is left staring at the floor in silence. It calls into question whether Oppenheimer and crew are attempting to show the audience that these men are also human despite what they've done or if the edit is just to emphasize that Anwar has reached the point of no longer ignoring what he has done.


The film forces you to face, in an absurd but incredibly grotesque way, that these perpetrators of genocide are simply men, and it's a hard pill to swallow. Also put under the microscope is the role of Western culture, especially when Anwar Congo attempts to justify his actions through ridiculous reenactments of the killings he carried out. How he applies several genres of film to his version of the truth emphasizes the dangers of the glorification of violence, especially how the media portrays it. But the biggest thing to take away in terms of theme is that corrupt men will continue to oppress those around them if nothing is done and the ones that facilitate, even through ignorance, could be just as bad. 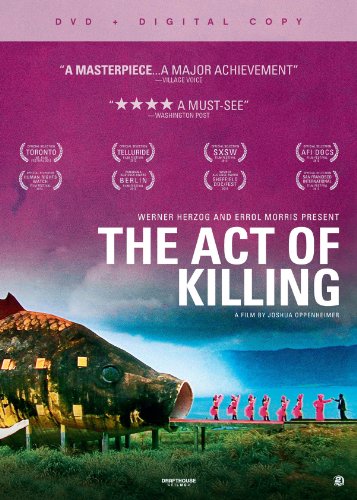 This piece was written for my Film Production class. It analysis the editing style used in two scenes of the documentary The Act of Killing.