There are two instances where the editing in Blackfish is used to create suspense and highlight the dangers of keeping such intelligent and emotionally complex creatures like orca's in captivity. There is a scene towards the middle of the film when former trainer Ken Peters is pulled underwater by Kasatka, another orca that like Tilikum exhibited hostile behaviors towards her trainer for unknown reasons. The scene is composed of archive footage taken during a training session that captured the entire ordeal. The pacing is slow. The filmmakers show us every minute of Peters impressively keeping his cool as he is repeatedly pulled to the bottom of the pool by the orca. The footage is intercut with interview style shots of Dr. Dave Duffus, a researcher, describing the steps Peters took to avoid being killed like many colleagues before him. Duffus' voice over also keeps the audience focused on the intensity of the situation whenever there is a cut to shots of Peters struggling to get away from Kasatka. The last of the archive footage shows an injured Peters finally escaping and being treated for injuries sustained before the documentary cuts to an overly cheery and rather cheesy SeaWorld ad. The cut highlights the ignorance of park management and the way media is manipulated to portray a false image in order to keep the public ignorant of the dark side of SeaWorld and parks like it.


The moment that the documentary builds up to is the scene when Dawn Brancheau, former trainer at SeaWorld, is killed by Tilikum. The archive footage is from a show at the marine park starts off with voice over from former trainers and colleagues of Brancheau. After building the credibility of the trainers being interviewed, the sequence cuts footage of Brancheau nearing the moment of her death and her colleagues recalling the moment. The editing style amps up the suspense, especially towards the end when there is a cut to a close up of Tilikum's eyes, wide and almost deranged, then to a point-of-view angle from an audience member's handheld camera on the other side of the glass enclosure. Then there are cuts to management giving statements, the media reacting to what has transpired. The cut back to footage of SeaWorld giving their prepared statements is almost as bad as the SeaWorld ad from earlier in the film. The cut tells us that oversights were made for profit. Media is for profit. SeaWorld is for profit, not the benefit of these animals and the trainers.


The blame does not lie with Dawn Brancheau or Tilikum, it lies with the human thirst for spectacle and profit at the expense of innocent creatures that can not fight back and whose wellbeing we are ignorant of. As one of the interviewees states: "They [orcas] are all emotionally destroyed, they are all psychologically traumatized". And while the documentary may have its bias by criticizing SeaWorld and other marine parks like it through footage that stays sharply focused on Tilikum and similar orca attacks that highlight the detrimental effects captivity has on these creatures, it is still incredibly effective at getting its point across. 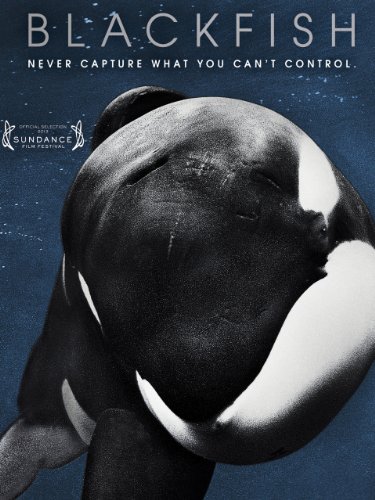 This piece was written for my Film Production class. It analyzes the editing style of the documentary Blackfish.