Into the Rush by Aly and AJ | Teen Ink

Into the Rush by Aly and AJ

Aly (Alyson Michalka, "Phil of the Future") and AJ (Amanda Joy Michalka) may be new to the charts, but they are definitely not new to the music world. Their mom/manager, Carrie, once belonged to a Christian rock band, called "J.C Band", and the girls have been singing in church, plays and in free concerts for neighbors since they were six and four years old.

"Rush"-Stay true to yourself, even when the crowd is pulling you along with them.

"No One"-We all wish that we could be someone else, but at the end of the day, we have to remember we can't be "no one" but ourselves.

"On the Ride"-*Having a great sister makes life even better!

"Speak For Myself"-*Children should be seen and heard.

"Out of the Blue"-Follow your heart and love who you love, not who the world tells you to love.

"I Am One Of Them"-Do your part to keep yourself and other kids safe from kidnappers and pedophiles.

"Sticks and Stones"-*A bully tries to tower, but really has no power.

"Protecting Me"-You have parents for a reason, don't take them for granted.

As you can see more than half of the album has a message. And the messages are ones we as teens can relate to because all but two of the fourteen songs are written/co-written by Aly and AJ, themselves (16 and 14 at the time).

The album is nothing sugary-pop; the songs themselves are easy to listen to and have meat to them. They are well produced and there is nothing amateur about them.

I give this album 5 stars. 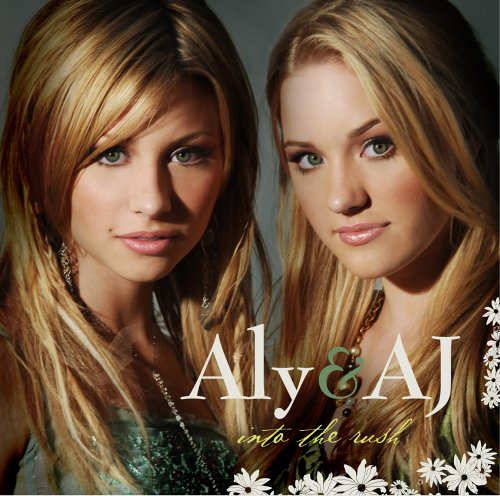