Sonny With A Chance soundtrack by various artists | Teen Ink

Sonny With A Chance soundtrack by various artists

“For the first time ever Sonny Sings!”

Who remembers this announcement for the promotion of the special, “Sonny with a Song”? It was the first time, excluding the theme song, “So Far, So Great”, that Demi Lovato’s character, Sonny Munroe, sings. It was also the time that Walt Disney Records announced that they would be releasing the first ever Sonny with a Chance soundtrack.

Well, here it is! Featuring songs by three of the series stars and a song by the band Allstar Weekend, this soundtrack showcases a myriad of sounds and flavors: from the pop style of “Come Down with Love” (Allstar Weekend), the acoustic soul of “What to Do” (Demi Lovato) and the classic Disney feel of “Kiss Me” and “Feels Like Love” (Tiffany Thorton) to the almost boy-band, Joe-Jonas-meets-‘NSync style of Sterling Knight’s “Hanging” and “How We Do This”, this soundtrack is sure to be a fan favorite for a long while (even though I fear it’s lacking having only nine tracks).

I find the soundtrack lacking in another aspect also. While Demi Lovato, Sterling Knight (Chad Dylan Cooper) and Tiffany Thorton (Tawny Hart) contribute their voices to eight out of the nine tracks, I’m left wanting seeing as how rapper Brandon Michael Smith didn’t contribute any songs (oppose to contributing two tracks on the Starstruck soundtrack) and songs such as “High School Miserable”, “Make Babies Cry” and "Sonny It Up" didn’t find their way onto the track listing. Only two songs (excluding the theme) to date have been featured in the series (“Me, Myself and Time”-“Sonny with a Song”, “Work of Art”-“A So Random Halloween Special”). I’m hoping for a second soundtrack to be released featuring songs from the So Random sketches and possibly more contributed from other cast members.

But don't get me wrong, anytime you buy an album or soundtrack with less than eleven tracks, you can find something wrong with it. This soundtrack is still fun and entertaining and while the songs are not “so random” or as silly as the show itself, it’s still a great buy. 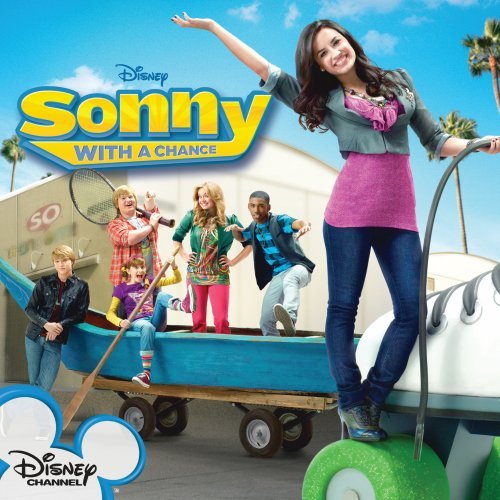