“Vice Verses” is all about polar opposites. From the album opener, “Afterlife,” to the poetic “Restless,” from the old school rock feel of “Original,” to the slightly reggae “Blinding Light,” this album is a mix of styles and lyrical messages. Whether you're a fan of Switchfoot or are just discovering their music, this album is perfect.

When I first listened to it, I was amazed. “Vice Verses” renewed my love for this band. The varying genres, the deep messages – everything is wonderful. The strong messages of standing up for yourself, speaking for yourself, and staying true to yourself penetrate the lyrics. The guitar riffs on “Dark Horse” are nothing less than perfection. It feels as though “Vice Verses” should be the score of a film set in the Middle Ages. Switchfoot's experiments with unique sounds show through on “Rise Above It,” and Jon Foreman's vocals on “Selling the News” – spoken instead of sung – give a different feel to the album, similar to that of Skillet's “Looking for Angels.”

My favorite song from the start was “The War Inside.” It is darker and stronger than the other songs. The opener, “Afterlife,” is similarly dark, reminiscent of Foo Fighters, starting the album on a rich note. Its message about coming alive introduces the theme of the album. “Every day the world is made; a chance to change … I wonder why would I wait 'til I die to come alive?”

This theme of not waiting to live continues in “Original” and “Thrive.” “Restless” has a strong sense of searching for God, “restless” until He is found.

The album is flooded with songs to put on repeat. Whether you are rediscovering your love for Switchfoot, as I am, or just finding them for the first time, “Vice Verses” is one album to add to your collection. 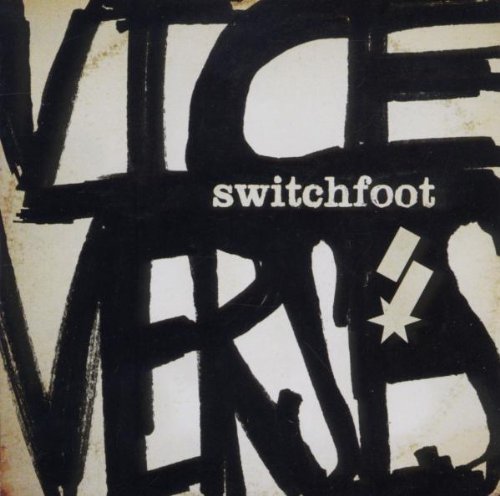 Favorite Quote:
Actions, faces,names, and money are all forgotten in time. Words, words will last forever.