“We're going down, down in an earlier round/ And sugar we're going down swinging” – Come on; sing along since I am sure you know the lyrics. Fall Out Boy's hit song “Sugar We're Going Down” came off their fourth CD. Usually, when it comes to Fall Out Boy, most people either cherish them or loathe them.

Even though all the songs are phenomenal, the album had four hit singles; “Sugar We're Going Down”, “Dance, Dance”, “A Little Less Sixteen Candles, A Little More “Touch Me””, and finally “Nobody Puts Baby In The Corner”. The hit songs have melodic –seemingly hypnotic- lyrics that can get stuck in your head for weeks. Some of the downfalls of the CD are inappropriate subject matter [most of the songs being about dying relationships and sex], some of the words are slurred [making it hard to sing along to the lyrics!], and some profanity. Good things include amazing lyrics, a unique sound and “real” personality. Even though I love the CD, some people might not like the lyrics, because some of them tend to be dark.

Some people think FOB (as they are commonly abbreviated) is emo, but truly they are a type of pop punk – alternative mix. They represent their genre exceedingly well. Pop punk is a mixture of melodic sounds, relatable lyrics, and an image that the band can portray that will get out to different groups of people.

If you were going to buy “Under the Cork Tree”, I would suggest the limited edition one: “White Clouds and Black Underdogs Edition”. You might also notice that some of the lyrics have words that you would not want a “tween” listening to. Many times have kid CD's like Kidzbop want to add some of Fall Out Boy's songs, but are turned down because of the inappropriate subject matter. I would recommend this CD to anyone that likes the genre of music, and likes unique lyrics. 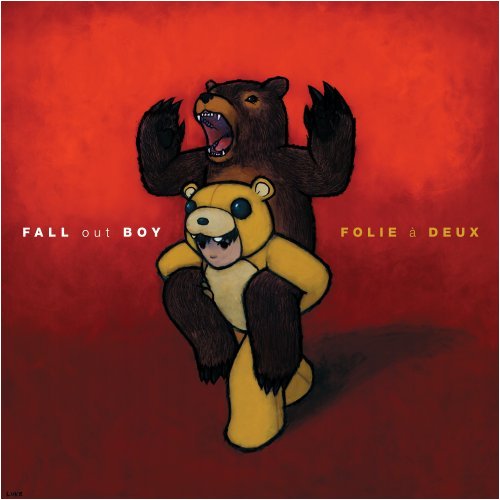