Reckless is the first album of Bryan Adams and is my personal favorite. It's his master piece. It’s the one of the most melodious song I heard before. I have never heard of anything melodious like that. Thought it's an old album, it is emotional one.

The album was first released in October 1984.'Run to you' was released as the debut single from the album 'Reckless’. It was recorded after the tour of Asia. On October 18, 1984 in Canada and U.S.A it becomes one of the most successful songs from the album of American rock charts. The song reached the top ten on the Main stream Rock tracks and was Adam's first number one hit on the main stream rock tracks.

Bryan's melody voice is the centre piece of the album - He gargled and sings so sweetly such the way it will touches your heart. Another notable thing is the lyrics in the song have a great meaning. Especially the song 'summer of 69' is the greatest song I ever heard. It is about how Bryan Adam first started to sing.

Another notable thing is Bryan's guitar .The guitar’s parts are more simplistic than his sound. Accompanied with the drums, the music is really amazing. The choreography of this album 'Reckless' is really amazing one. Mostly this album is taken in hill region and in the beaches.

Though the culture changes from time to time, many singers are fading from the mind of people as the dream. But till my last breath, I will remember Bryan Adams and especially his album 'Reckless’. It won over the time and culture that is changing so fast.

I'd recommend this album to every one, especially those who are the fan of Bryan Adams and those who want to hear the old delicate music. This is the first album send to me by my friend and I was really impressed by this cause, I never heard such music before. In other words, I would say this song is the best song I heard before. 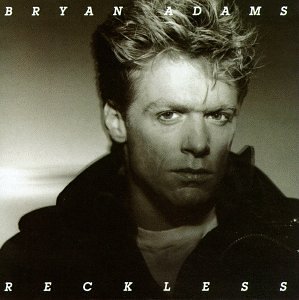 
Buy from Amazon Available on iTunes
The author's comments:
Best album(:
Post a comment
Submit your own

Previous Next
Reviews
Metallica - The Black Album
By Levi BRONZE

Favorite Quote:
"Don't try to live your life in one day." - Howard Jones

Favorite Quote:
"Don't try to live your life in one day." - Howard Jones

View profile
I own this on tape as I collect older music albums in their original form. I love this album as well, and I believe you did a great job on writing this review.