Death Cab for Cutie is by far the most compelling band around. You see rappers today making “music” about nothing but the vulgar aspects of sex, emo bands constantly crying about how awful life is, but Death Cab shows us in their album “Narrow Stairs” that music still means something and they do this with their incredible lyrics. I, like most people, miss the days where albums were a work of art. They used to be a breath taking adventure from start to finish. Death Cab creates the adventure with the marriage of the lyrics and the production. The two make the album what it is: Incredible. It is exceptionally easy to rave about all of their lyrics, but it is increasingly difficult to pick out just one album to focus on, much less 3 songs. I’ve tried to do so in all fairness. “I Will Possess Your Heart”, “Your New Twin Sized Bed”, and “The Ice is Getting Thinner” are in my opinion, the best examples of Ben Gibbard’s lyrical genius.

“I Will Possess Your Heart” is easily in my top five favorite Death Cab songs. The music itself is just incredible. I loved their step back into the days of anti-pop, 8 minute songs. The beginning is a build up to an incredible journey. The anticipation in the beginning is slightly ironic to me because the song is about wanting to be with someone but not being able to for the time being. Once the song hits the lyrical content though, your mind is instantly relaxed and your heart wants to know how the story ends. “How I wish you could see the potential, the potential of you and me. It’s like a book elegantly bound, but in a language that you can’t read… Just yet.” After hearing these first few lines you know immediately what the song is about, longing for someone who doesn’t understand how perfect the relationship could be. When we reach Gibbard’s chorus (“You’ve gotta spend some time, Love. You’ve gotta spend some time with me. And I know that you’ll find love. I will possess your heart.”), you know the writer is determined to make this girl his own. The whole song screams “I’m going to change your mind.” This is a feeling anyone can relate to. Frankly, this is a song anyone can relate to. That is what is so likeable about the band and the song in my opinion; they speak to everyone’s emotions and life in some way.

“Your New Twin Sized Bed” and “The Ice is Getting Thinner” both take hold of a topic we’re all familiar with, a relationship changing for the worse and ending. “Your New Twin Sized Bed” is the type of song where you feel like Ben Gibbard is sitting right next to you telling you a story. Though the music itself is upbeat, the lyrics are actually quite sad. Gibbard describes a newly single girl who has just thrown out her queen sized bed because she doesn’t need the space for two people anymore (“You look so defeated lying there in your new twin sized bed, with a single pillow underneath your single head. I guess you decided that that old queen holds more space than you would need. Now it’s in the alley behind your apartment with a sign that says it’s free.”). He explains to us that she never lets people get to close to her and that she’s got a certain desire for self abuse (“But the other side of the mattress and box springs stayed like new. What’s the point of holding onto what never gets used, other than the sick desire for self-abuse?”). The description here makes your heart melt and you almost can’t decide whether to feel bad for the girl or hate her for how she treats the men in her life. What this song tells me is that lyrics matter. They tell the story and make a song a memorable form of self expression.

“The Ice is Getting Thinner” is probably the saddest song I’ve heard to date. This is by far my favorite Death Cab song. It ends the album with a sense of vulnerability that everyone should appreciate. The music itself makes you want to curl into a ball and lay in bed all day, but add the lyrics to it and it makes you want to cry while doing so. Gibbard writes, “We’re not the same, dear, as we used to be. The seasons have changed and so have we. There was little we could say, and even less that we could do, to stop the ice from getting thinner under me and you.” His almost gospel-like vocals and sad tone of voice makes the lyrics stick out in my mind like no other. Compare this to any other pop song on the radio and try to tell me that the radio song has more depth and meaning. “And when spring arrived, we were taken by surprise when the floes under our feet bled into the sea, and nothing was left for you and me.” How ironic, to end the album with a song about things ending. That is exactly why this album is a piece of art, as mentioned before.

Ben Gibbard is a genius. There can be no argument made, whether the style of music is your favorite or not, or if you’re not exactly in touch with your emotions. You cannot deny that the lyrics are easy to relate to, and incredibly beautiful. Death Cab for Cutie’s lyrical impact is what every band should strive to have. “I Will Possess Your Heart,” “Your New Twin Sized Bed,” and “The Ice is Getting Thinner” are the best examples of the lyrical genius that is Ben Gibbard because of their sad, but oh so true, story-like words that take you on a journey in this album. 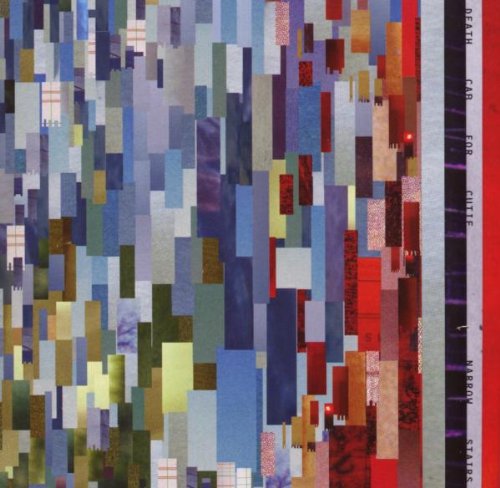 
Buy from Amazon Available on iTunes
The author's comments:
This essay was for my history of rock music class.
Post a comment
Submit your own